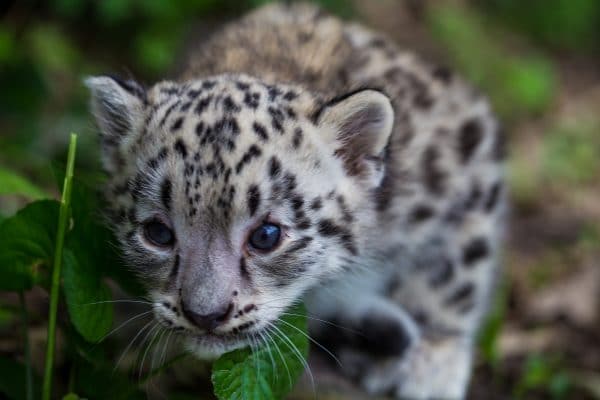 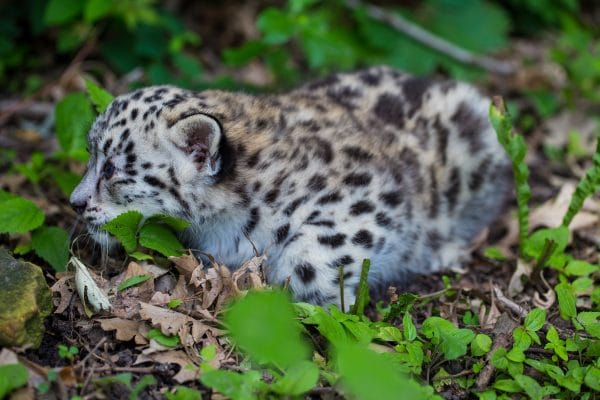 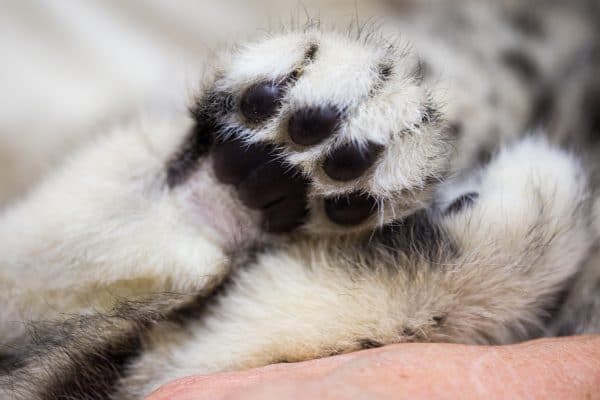 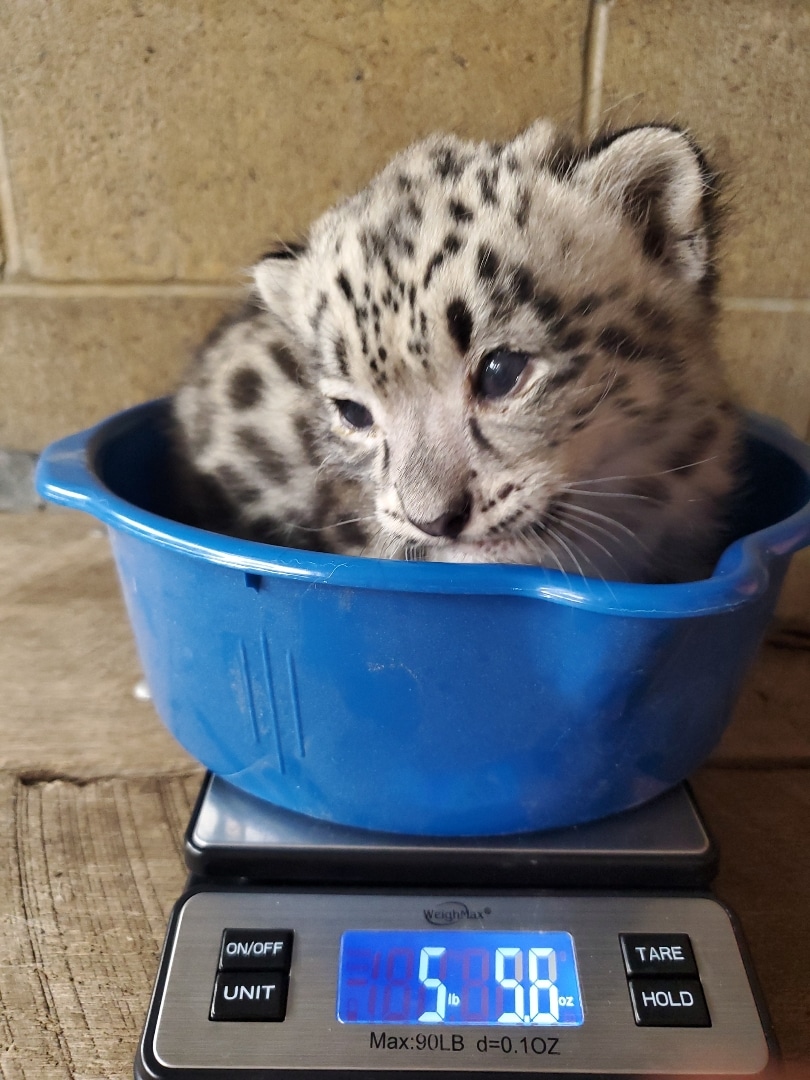 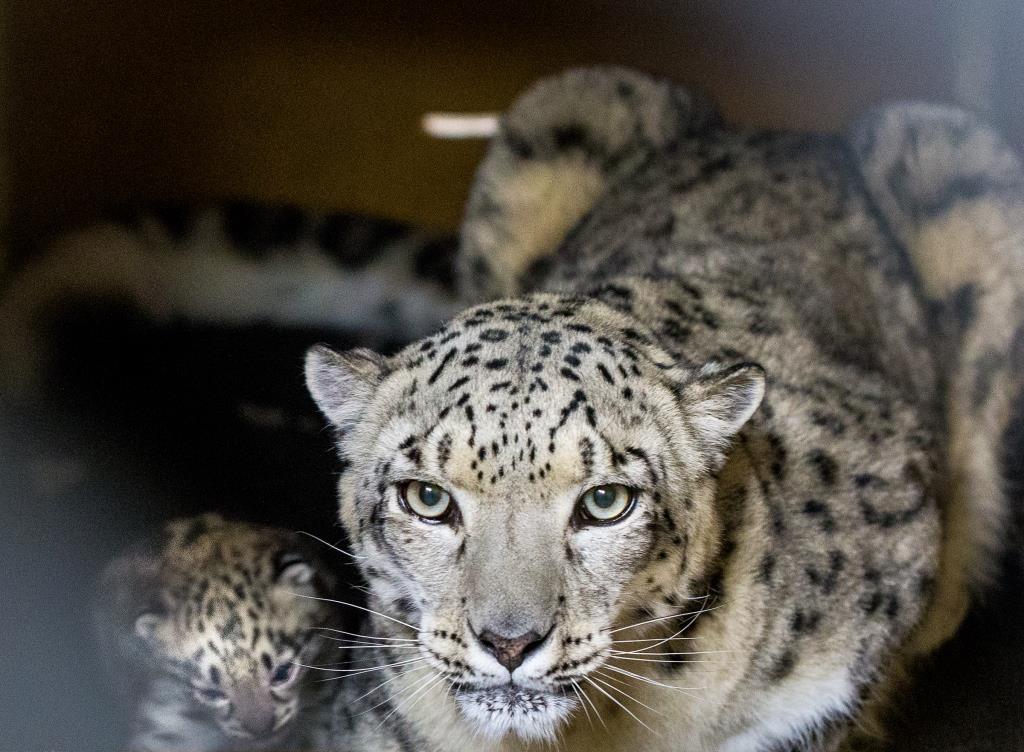 Como Zoo has a new resident – a snow leopard cub. This was the first pregnancy for the cub’s four-year-old mother, Alya, and six-year-old father, Moutig, and the first snow leopard birth at Como Zoo since 2007.

Alya gave birth to the cub on April 30th. While the gender of the cub is still unknown, mother and cub are being closely monitored over a closed-circuit video system. Veterinary and zookeeper staff have observed that Alya is exhibiting exceptional care of her cub and displaying positive maternal behaviors at this stage.

Mother and cub are being housed in an off-exhibit maternity den where they can bond and allows for proper nursing and care in a quiet space. Newborn cubs are entirely dependent on their mothers and in the wild do not leave the protection of their dens until about three months of age. Alya and her cub will remain off exhibit until later this summer when the cub would be routinely leaving the nest area and coordinated enough to navigate the habitat. Como Zoo will continue to provide updates on the progress of the zoo’s newest resident.

The snow leopard pair, Moutig from France, and Alya from Germany, came to Como Zoo in 2017. With genetic lines not well represented outside of Europe, the pair was selected for placement in North America through a rigorous selection process that attracted applications from zoos around the country. Como Zoo was eventually chosen to receive the breeding pair. Minnesota’s cold climate played a part in the selection, as did Como Zoo’s 60+ year history of raising and breeding these acutely threatened big cats.

This breeding was carefully planned and recommended by the Association of Zoos and Aquarium’s (AZA) Snow Leopard Species Survival Plan (SSP). Como Zoo is a longtime participant in the Snow Leopard SSP, which is a cooperative, inter-zoo program coordinated nationally through the AZA. SSPs help to ensure the survival of selected species in zoos and aquariums, most of which are threatened or endangered, and enhance conservation of these species in the wild.

Snow leopards are no longer classified as an endangered species, but its population in the wild is still at risk (classified as “vulnerable”) due to to poaching, loss of prey, and the fragmentation of habitat. Como Zoo is committed to the preservation of this species, and is a longstanding member of the Snow Leopard Trust contributing funds to support research and programs aimed at protecting snow leopards and their natural habitat.

With their thick, cream-colored coats and gray-black spots, snow leopards camouflage so well within their rocky habitat high in the Himalayas that they are known as the “ghosts of the mountains.” With the ability to leap down heights of 60 feet, snow leopards are said to be the most agile of the “big cats.”

The naming rights for the snow leopard cub will be auctioned off as part of Como Friends annual Sunset Affair Gala. All proceeds support continued improvements and operations of Como Park Zoo & Conservatory, and its education and conservation programs. 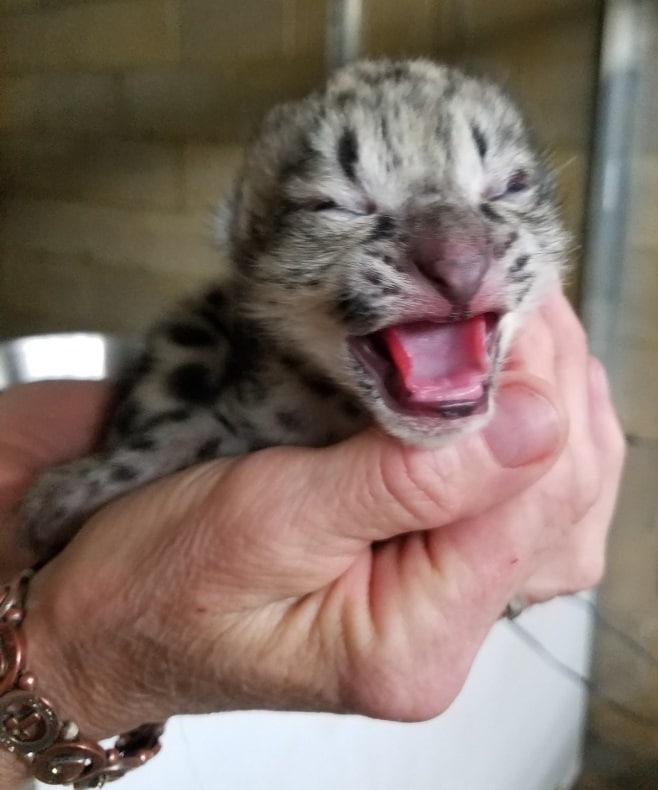 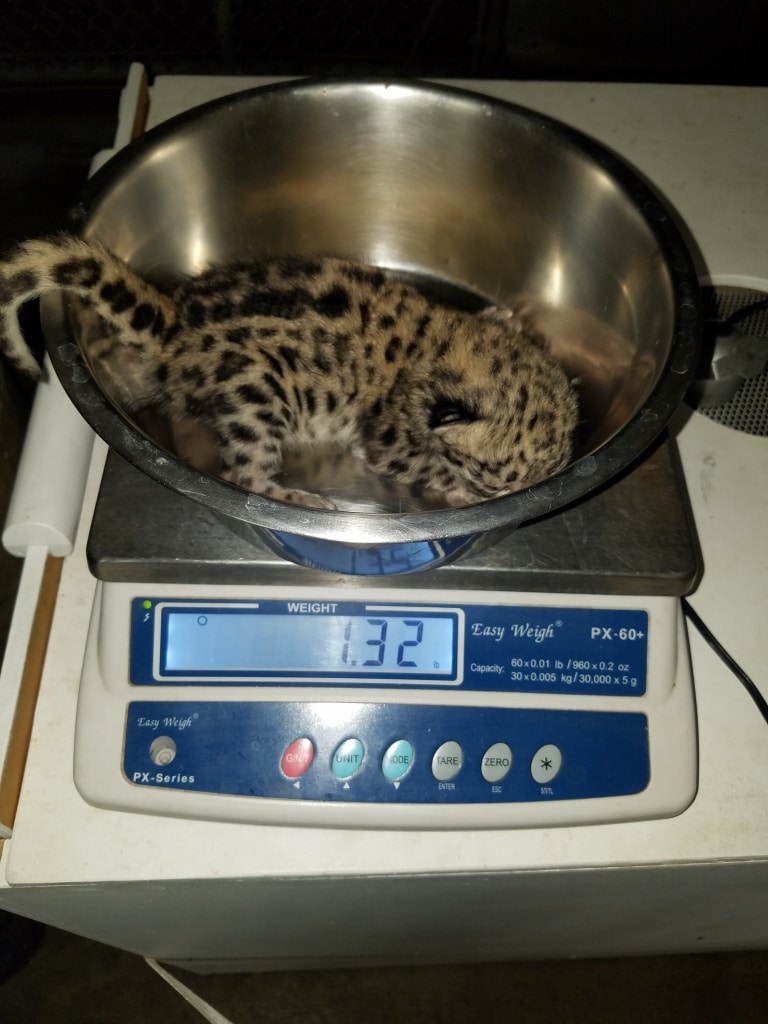