Como Zoo turned over the naming rights of its baby zebra to Facebook fans and the fans have responded; nearly 3,000 times. With the contest ending at noon (CDT) today, and with 42% of the votes, the name “Ruckus” is now bestowed upon the little male zebra. The other names offered in the online contest were ZigZag with 33% of the votes and Mayhem with a respectable 25% of the votes.

Ruckus was born to Thelma on September 7 and Melee was born to Minnie on July 27. Ulysses sired both foal.

The gestation period for zebras ranges from 10-12 months. A newborn zebra’s stripes will turn from brown to black sometime between the first 9-18 months of life. Como is home to Grant’s Zebras, which are commonly found in the grassy plains of eastern Africa including the countries of Kenya and Ethiopia.

The baby zebra is available for sponsorship. Sponsoring an animal is a unique way to help Como Zoo with its wildlife conservation efforts. Donations support enhanced habitats and efforts to maintain the best care possible for the animals at Como Zoo. 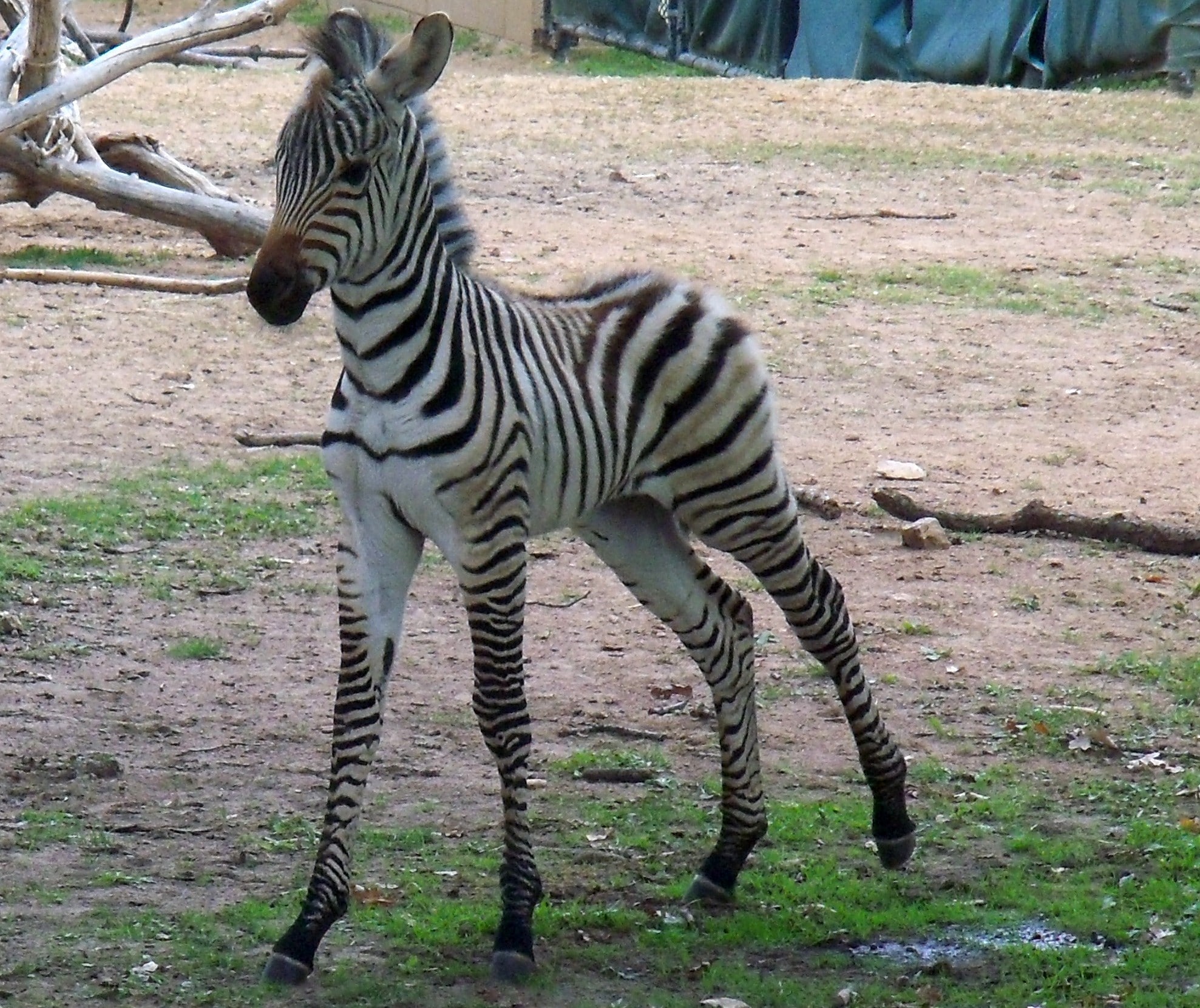