As a Conservation Champion, I spent two weeks in Cape Town, South Africa with the South African Foundation for the Conservation of Coastal Birds (SANCCOB).  African penguins are endangered and have breeding colonies at approximately 28 sites between Namibia and South Africa.  In fact, the number of African Penguin breeding pairs has declined from 80,162 pairs in 1979 to 25,100 pairs in 2015.  That is a decline of greater than 50% in just 38 years.  Reasons for this decline include: over-harvesting of fish, climate change, human conflict, and oil spills.  In order to help boost their numbers in the wild, SANCCOB treats sick, injured, and abandoned African Penguins (as well as other sea birds) and releases them back into the wild.  Not only do they rehabilitate and release African Penguins but they have an entire research department dedicated to tracking and studying the birds after they are released.

This was my first day at SANCCOB and I was told that I would be working in pen 3 with the birds that were getting ready for release.  These birds received three feedings per day.  Most of the birds needed to be force fed sardines and some of them required extra tube feedings to make sure they were at a healthy weight prior to release.  It was quite the learning curve.  The penguins at Como are a little less feisty than the wild birds.  Penguin #455 (we called him Patrick) came to SANCCOB with muscular issues and is the adult furthest to the left.  He gave me a few cuts and bruises before his release. 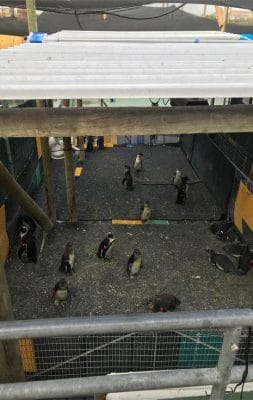 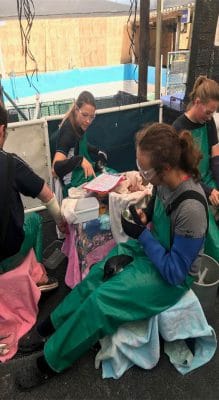 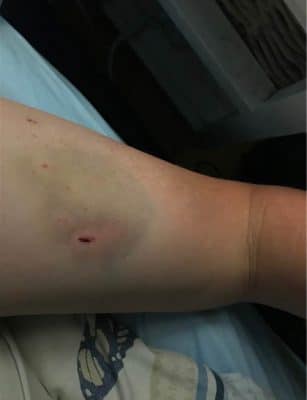 Penguins in the Intensive Care Unit needed some extra care and had more medications and feedings than birds in pen 3.  Almost every bird required an electrolyte solution called Darrows (much like Gatorade for penguins) and pureed fish formula, which we tube fed.  Penguins in the ICU received four feedings per day.  A few of the young chicks had a respiratory issue, which the vet referred to as “chick crackle.”  These birds were given a medicated nebulizer treatment twice a day.  The picture shows three young blues in their nebulizer “spa.” 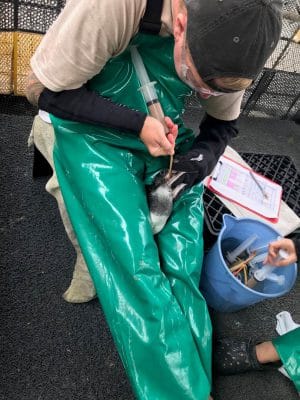 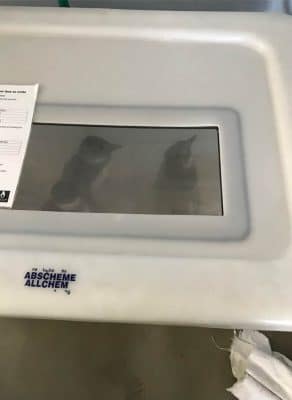 I went out to the Boulder Bay Penguin Colony.  The two adult penguins, in the photo below, were laying near their chick.  The chick was probably a few weeks old and still losing the chick “fluff” which are the non-waterproof down feathers they have when they have first hatched.  The birds at this stage are called “blues” because the waterproof feathers growing in have a blue hue to them and will change to brownish/white as they become juveniles. 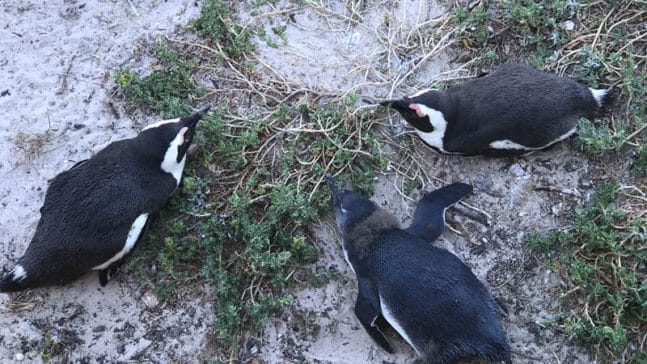 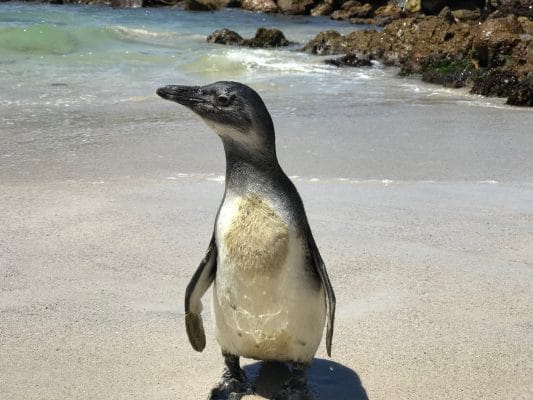 A penguin had been admitted earlier in the year with injuries to the neck, possibly Cape Fur Seal bites.  The wounds looked to be healing but the vet needed to open the stitches and make sure all of the infection was clear.  I was able to observe and participate in this surgery.   Good news for this penguin, the infection was gone and this bird would be able to be released in the near future.  Just before surgery there were 40 chicks admitted from the colonies.  The one in the photo is getting a quick physical before being taken to the chick rearing unit. 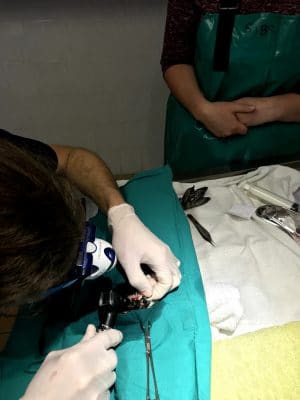 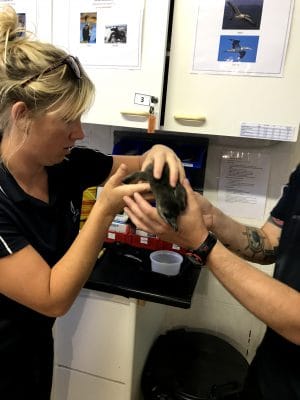 Release Day!!!  Today we drove 2.5 hours from Cape Town and brought 12 penguins out to the Stony Point Colony for release.  Penguins are transported in special bird boxes and then carried down to the beach.  Penguin #455 (Patrick) was the adult being released in these photos.  While the blues took their time getting to the water, Patrick ran as fast as he could and dove into the waves.  Good Luck Patrick!  Wishing you fair seas and plentiful fish. – Zookeeper Kelley 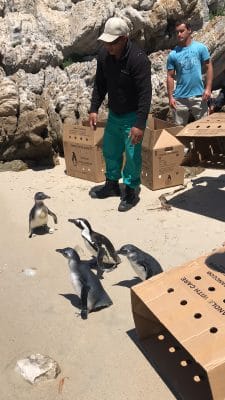 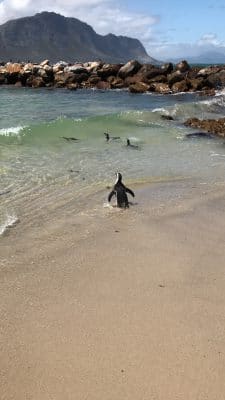 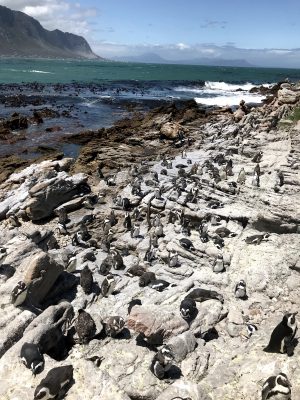