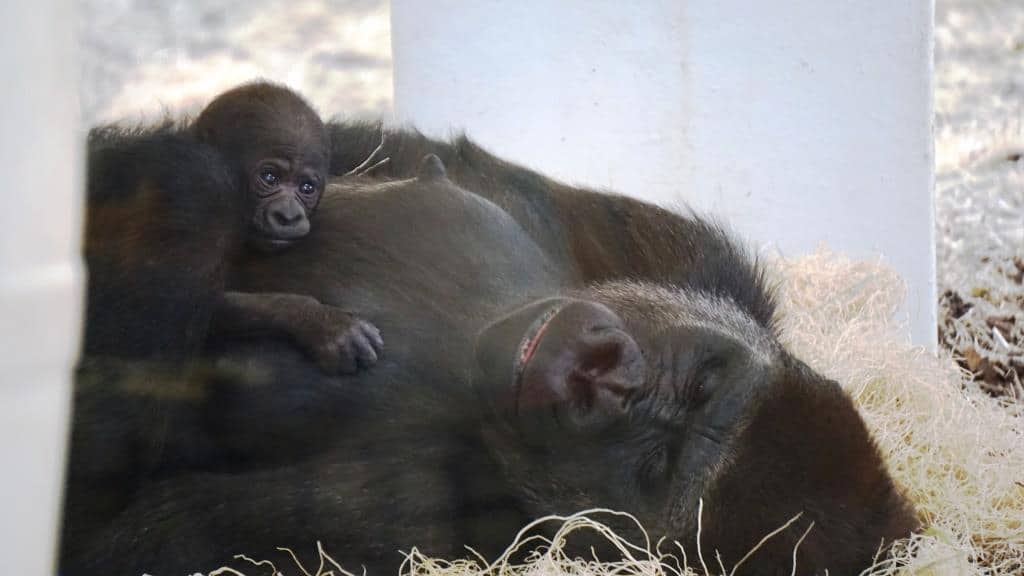 (Saint Paul, MN) Como Zoo is thrilled to announce the addition of a baby western lowland gorilla to its troop. The baby female gorilla was born behind the scenes in the early hours of Wednesday, October 18, 2017, inside the Gorilla Forest exhibit dayroom to mother Alice. At approximately four pounds at birth, the baby gorilla appears healthy, strong, and is bonding with Alice. This is the second birth for Alice and the third gorilla birth in Como’s 56 year history of caring for gorillas.

The pregnancy is the second for 15-year-old Alice. In 2014, despite great efforts, Alice’s infant died just days old. “First-time gorilla mothers are more likely to experience challenges related to birth and child-rearing” said John Dee, curator at Como Zoo. “With this birth, everything is tracking as it should. Alice has shown herself to be very attentive, very nurturing, and very protective of her new baby, just as we hoped she would”.

The baby’s father, Schroeder, a 31-year-old silverback western lowland gorilla, has been at Como Zoo since 1991. Schroeder’s troop includes females Nne (29 and pronounced E-Nee), Dara (14), Dara and Schroeder’s baby Arlene (2), Alice (15), and Alice’s yet unnamed female baby. Alice and Dara both came to Como Zoo as part of the AZA Gorilla Species Survival Plan (SSP). The Gorilla SSP serves 52 zoos across the United States to help guide the management of the gorilla population. Gorilla Forest at Como Zoo is now home to nine gorillas: The six-member family troop and three-member bachelor troop—Jabir, Samson, and Virgil (all 18 years-old).

Gorillas have an eight-and-a-half-month gestation period. Offspring are born nearly helpless except to cling to their mother’s hair and to nurse. Young gorillas stay with their mothers for several years after birth. At birth, baby gorillas weigh between 4 and 5 pounds.

Gorilla mothers are very protective of their babies. A gorilla mother will carry the baby on her chest for the first three months. At about 6-months-old the baby will move to ride on the mother’s back and begin playing and moving around on the ground close to mother. “Gorillas are very family oriented,” said Jo Kelly, Senior Zookeeper. “Mom will let other family members see the baby and they will take their cues from mom as to how close they can be.” When the baby is older and able to move around on its own, other family members, including dad, will play with the baby. The family troop will remain off exhibit allowing Alice and baby to bond.

With this recent addition, Como Zoo continues its involvement in the Gorilla SSP. One of the SSP’s most important roles is to manage gorillas as a population to ensure that the population remains healthy, genetically-diverse and self-sustaining. Native to the lowland forests of Central and Western Africa, western lowland gorillas are critically endangered. Commercial hunting for meat, habitat loss and disease are contributing factors to their status in the wild.

***Media Note: The zoo’s animal care staff is giving Alice her time and space to bond with her baby. The baby, Alice, Schroeder, and the rest of Schroeder’s troop are currently off exhibit. Photo and video access to the family troop will not be allowed at this time. Photos will be provided by Como Zoo. The attached photos are available in high resolution upon request. Although the family group is off exhibit, Como’s bachelor troop, Jabir, Samson, and Virgil (all 18 years-old), are on exhibit daily. 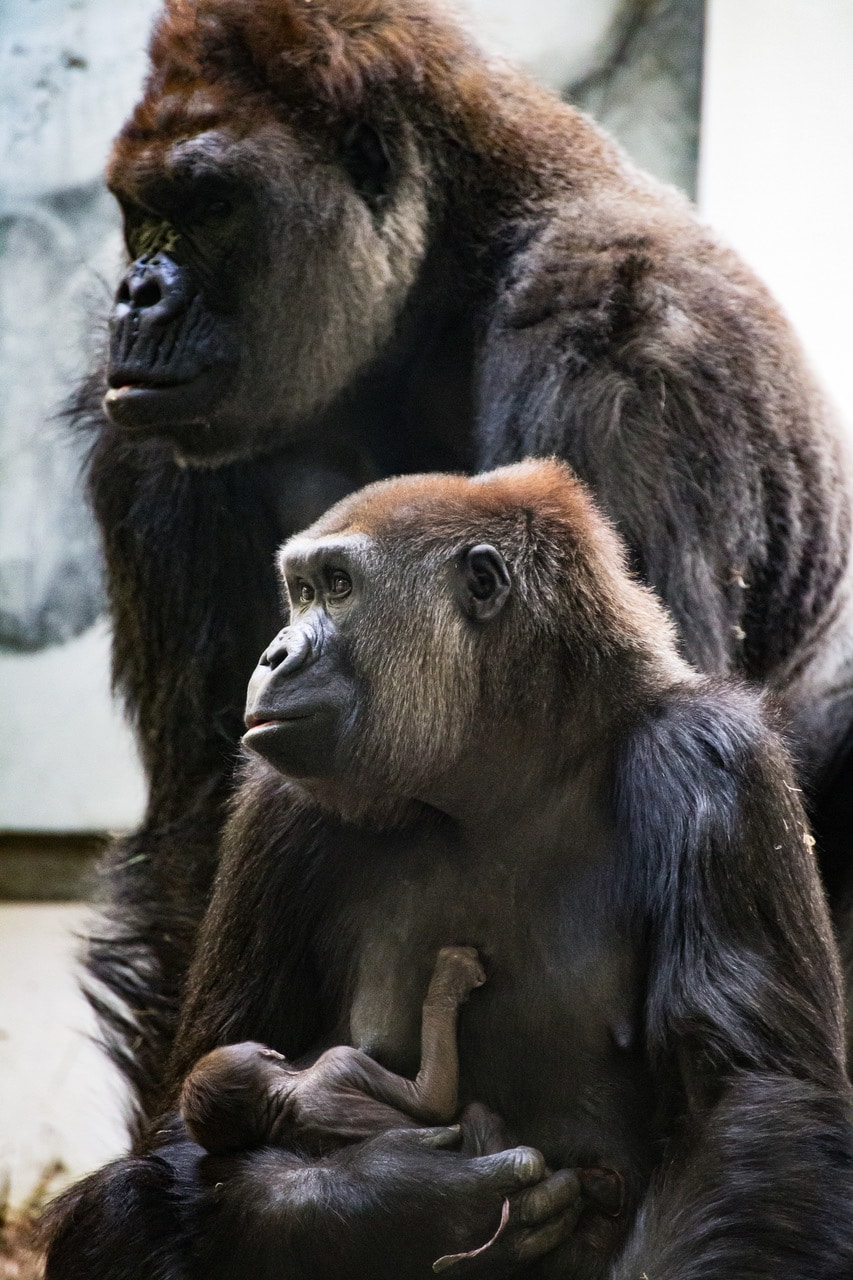