This summer, I was fortunate to participate in Project Puffin through the National Audubon Society.

Project Puffin began in 1973, working for seabird restoration off the coast of Maine, with a focus on restoring native puffin populations.  Puffins and other seabirds were hunted heavily in the 19th century for feathers and meat, resulting in only 2 colonies surviving off the coast of Maine.  Project Puffin began restoration efforts by bringing puffin chicks from Newfoundland to try to repopulate islands where the birds originally ranged, and the group has been working towards that goal for over 4 decades with great success.

As a volunteer aviculturist, I was assigned to Matinicus Rock Island, one of 7 islands that Project Puffin stations researchers on during the seabird breeding season each summer.  The trip started off slow – our day of departure, the waves were too high to make a safe landing. Thankfully, the next day (Saturday June 9) was calm and we boarded the local ferry for our first leg of our journey.  Four hours of travel on three different vessels (a large ferry, a medium lobster boat and one tiny dory  we made it to Matinicus Rock! 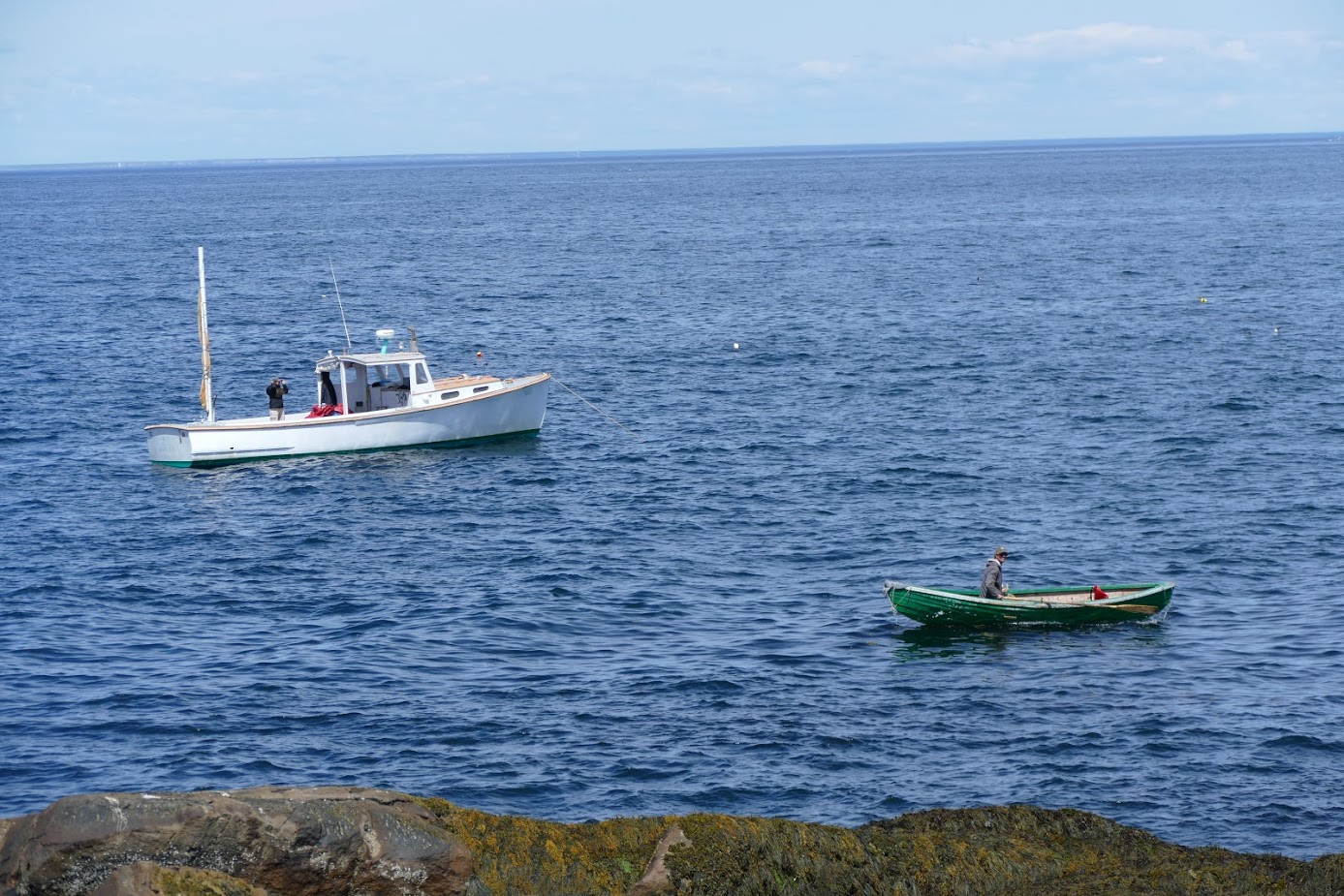 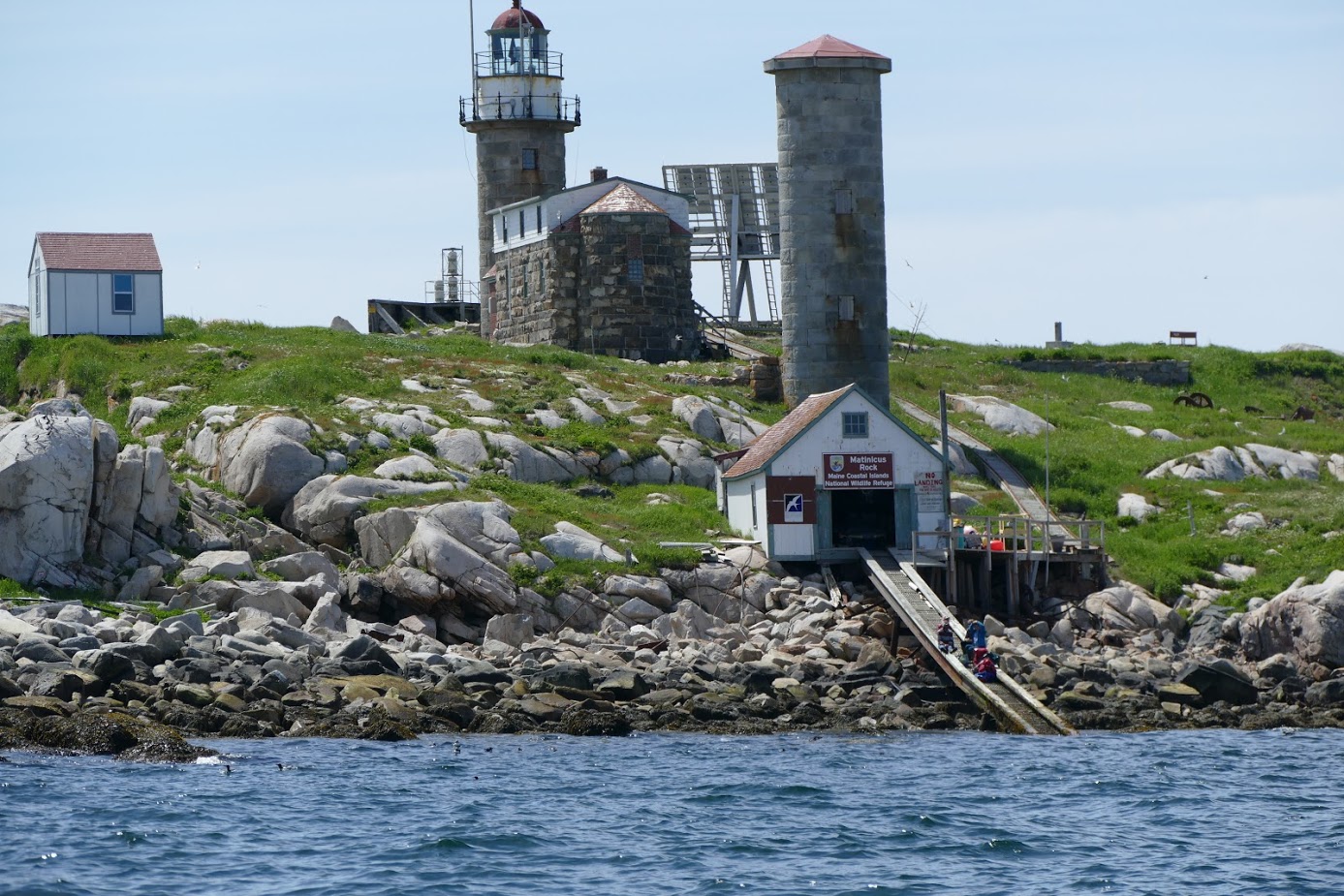 The moment I stepped on dry land, the first thing I saw off was a ledge full of puffins! 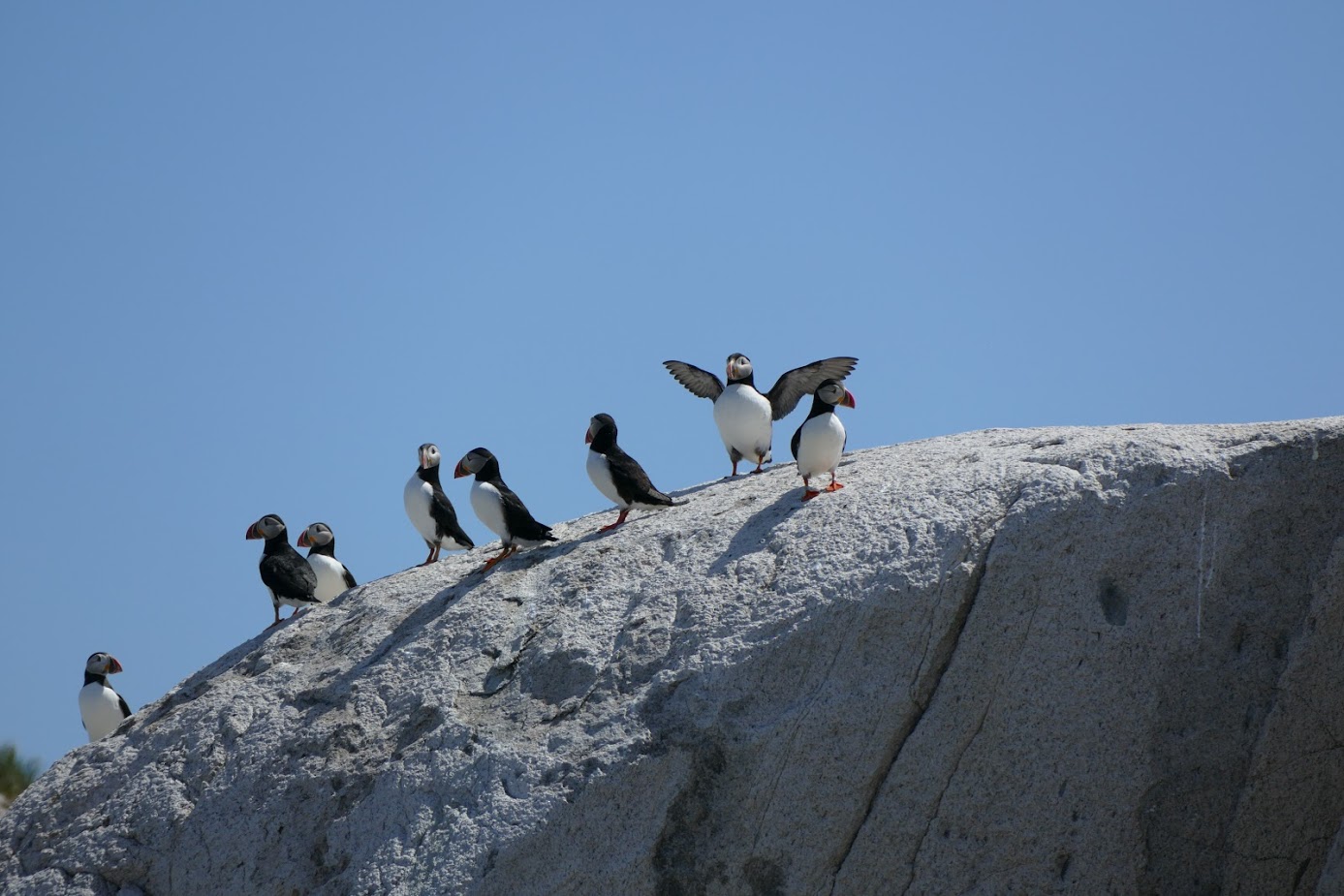 Our first task was to lug all of our supplies for the next three weeks up to the lighthouse.  My hands were full as I ducked and dodged screaming terns as they dive-bombed my bare head.  I headed back through the gauntlet for another load while trying to remember where I packed my hat.

The following days were spent working with the full time research team to get the most out of the short field season.  Puffin burrows must be checked for eggs and pufflings. 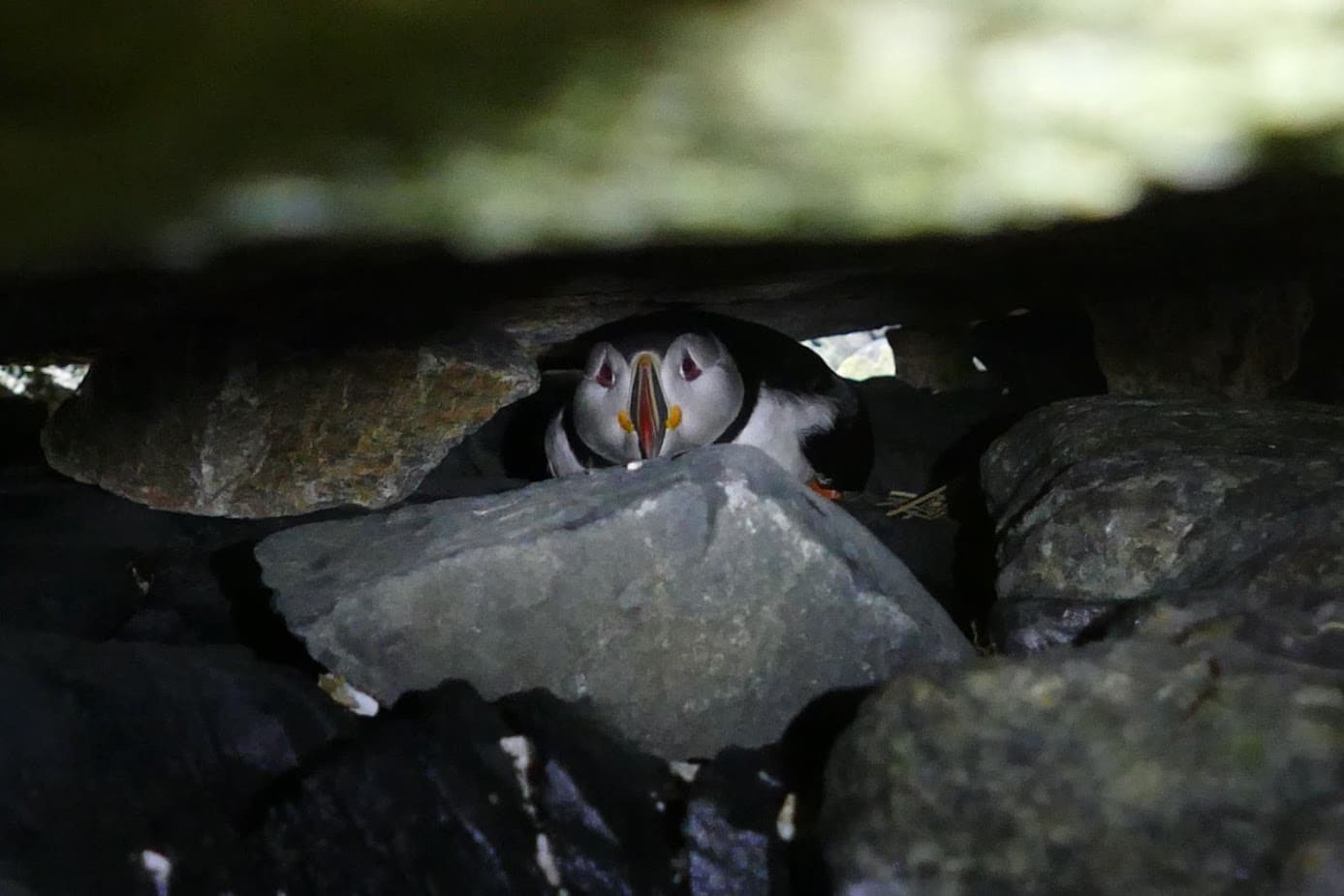 Burrows are not easily accessed by big clumsy humans, and this required a lot of squeezing and bending and contorting to get a look inside. 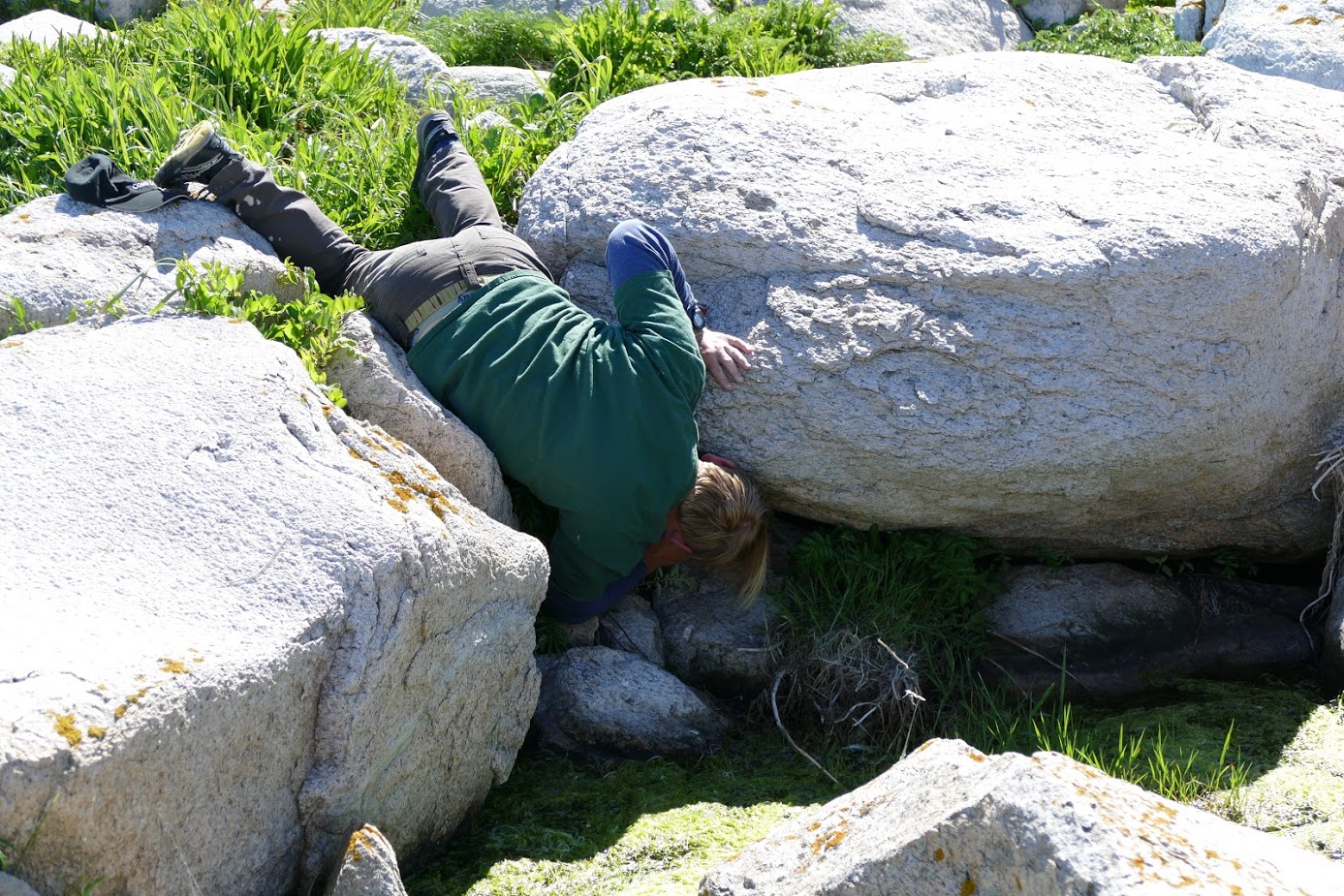 Puffin chicks that were reachable were gently removed and fitted with a numbered band, then weighed and measured before being returned to their burrows. 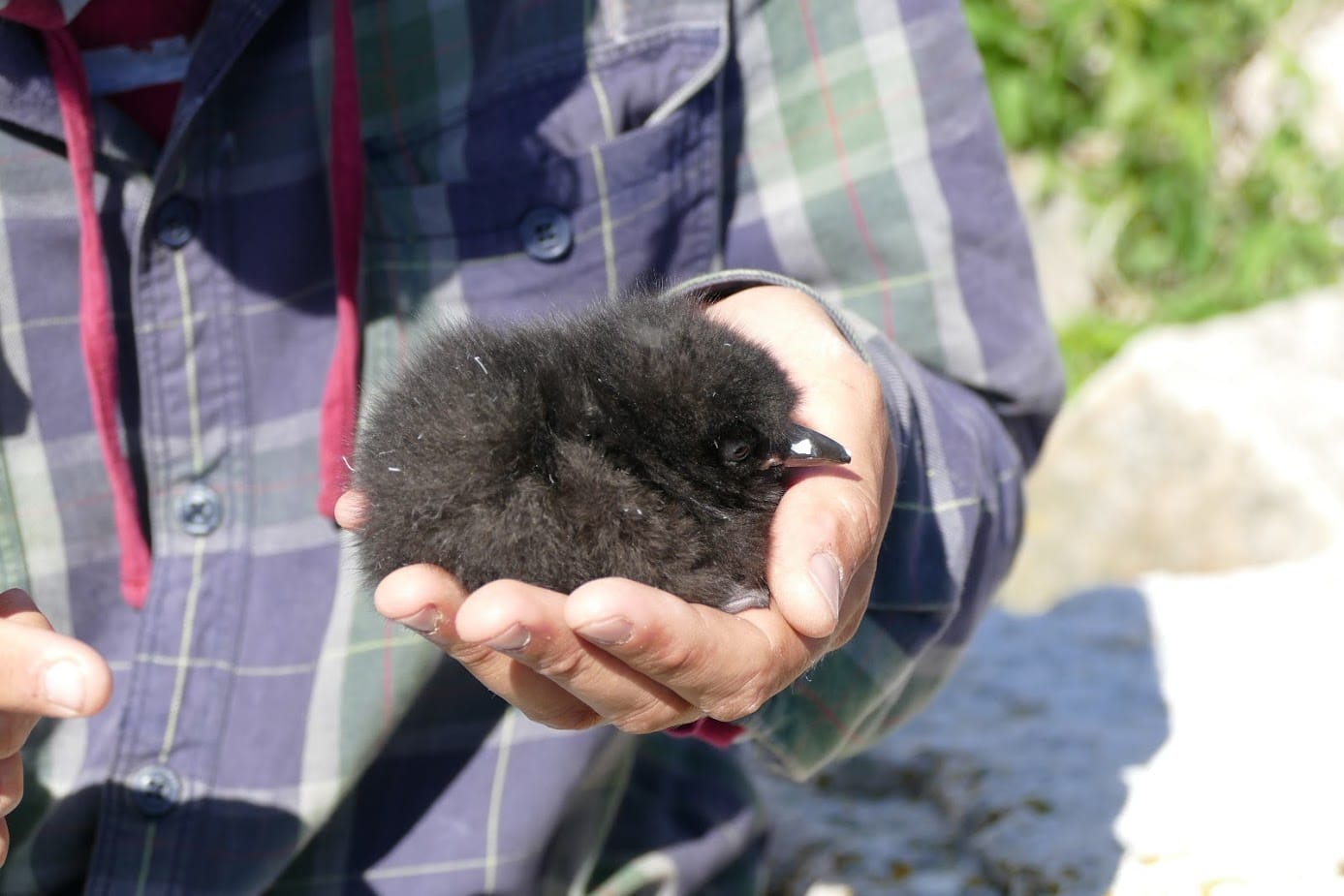 We also did the same for razorbill chicks, another burrowing species of seabird from the Alcid family. 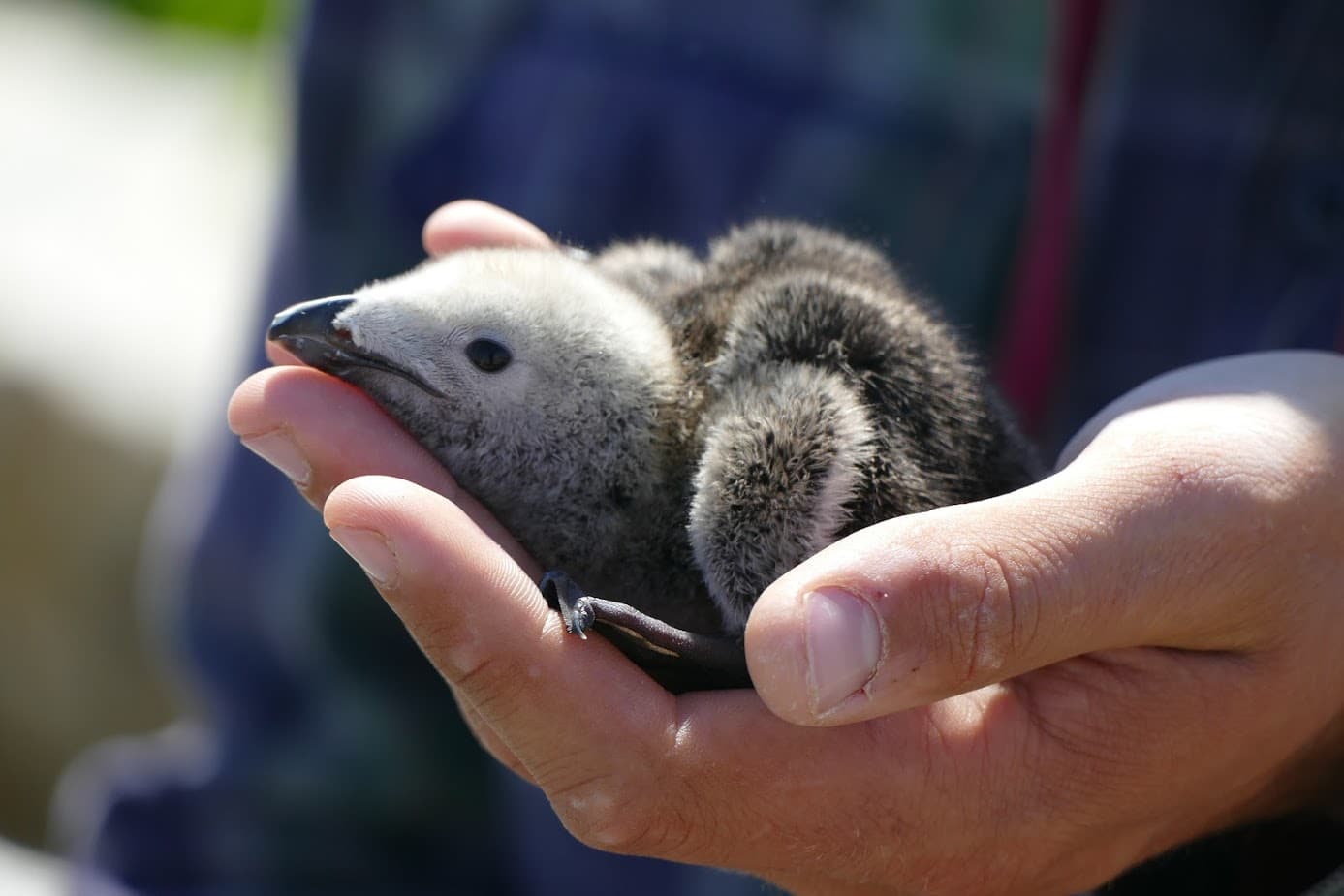 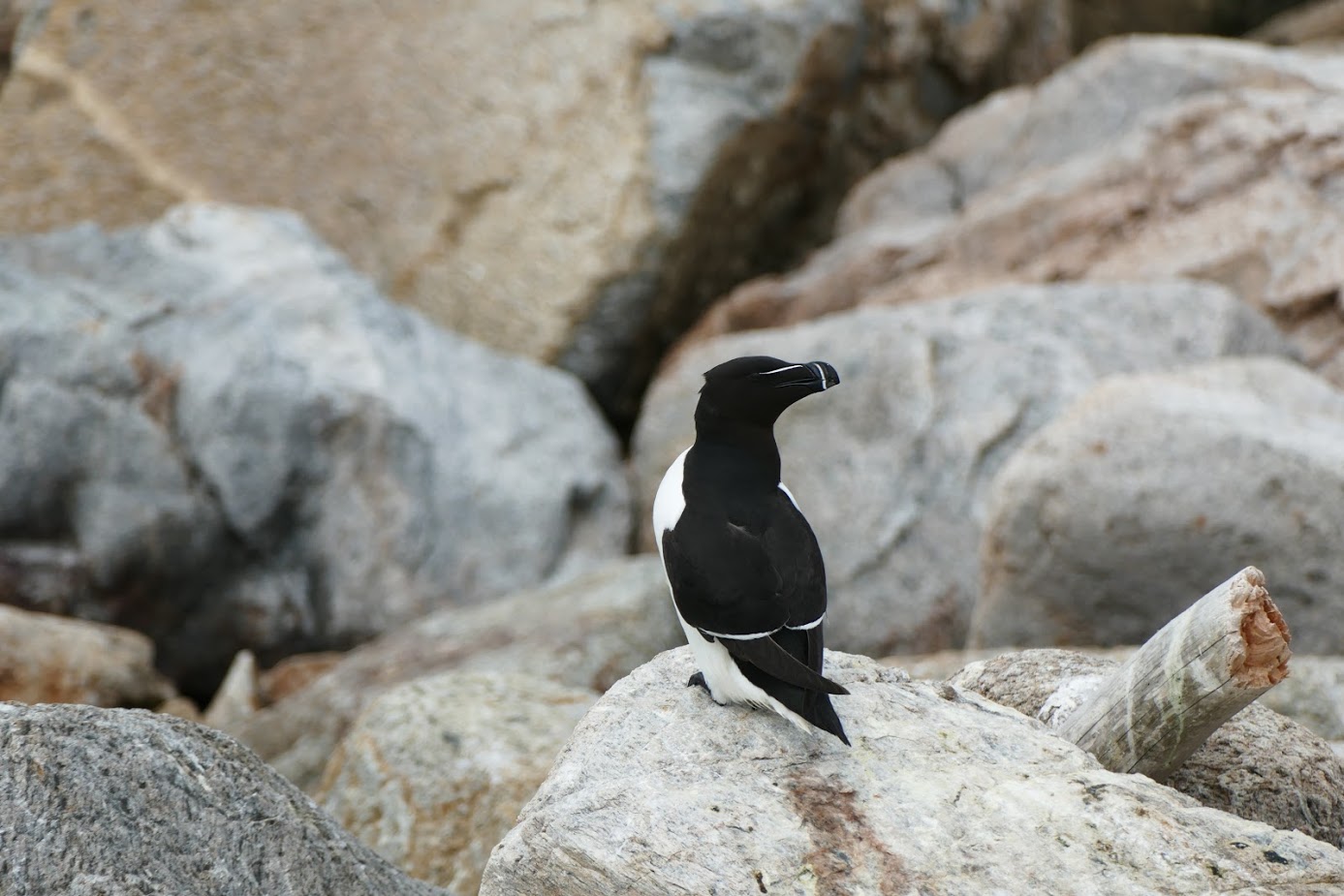 Another bird that I became very familiar with during my time on the island is the tern.  Both Common and Arctic Terns nest on the island, and one of the many tasks we performed was a multi-island census of the populations in Maine.  We walked the entire island in a grid pattern to count every nest and the number of eggs in each.  The adult terns were constantly overhead, reminding me to be sure and grab my hat!  Different nests were picked out for various studies and marked.  Once the chicks started to hatch, the study-specific birds were also banded and weighed to monitor their development. 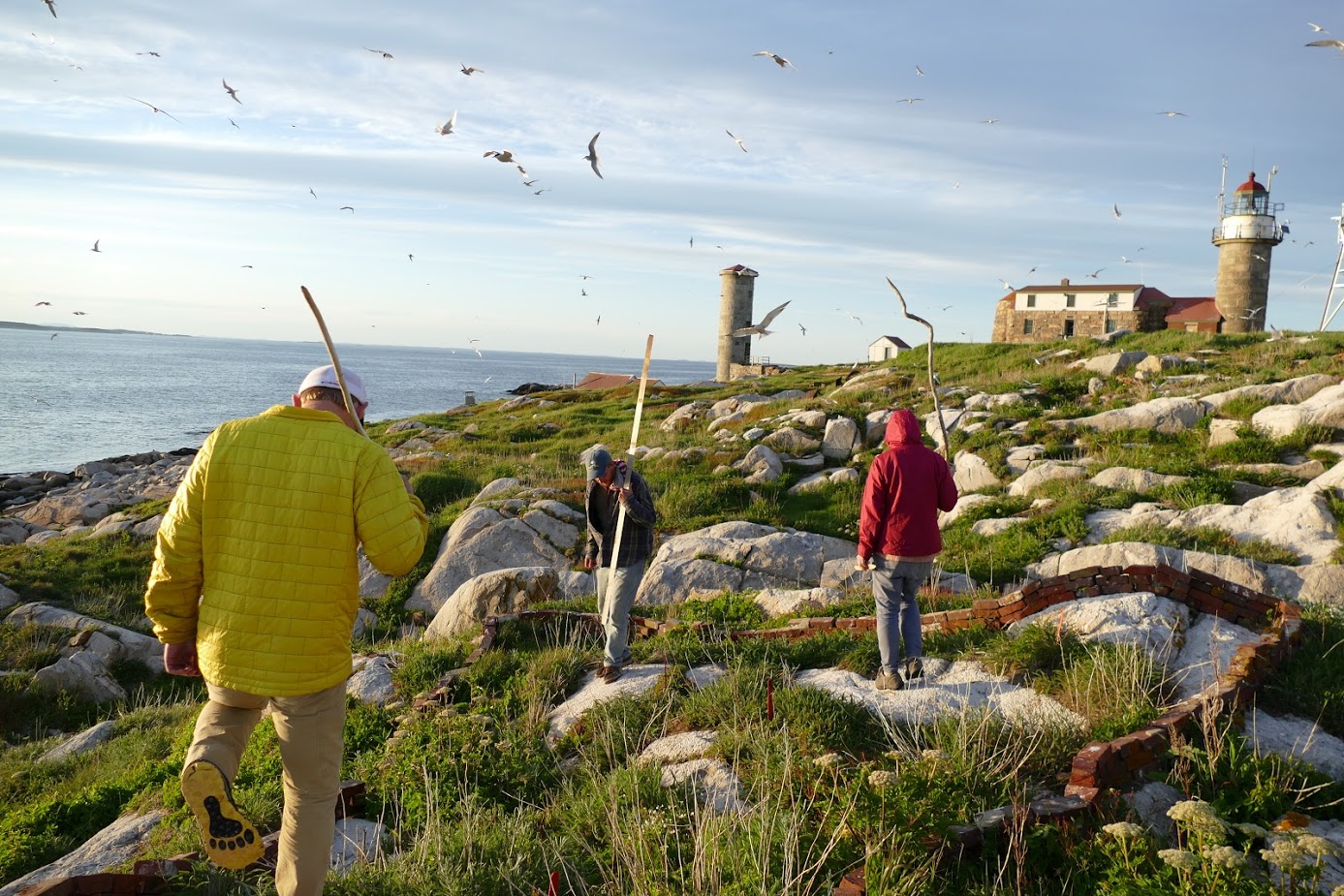 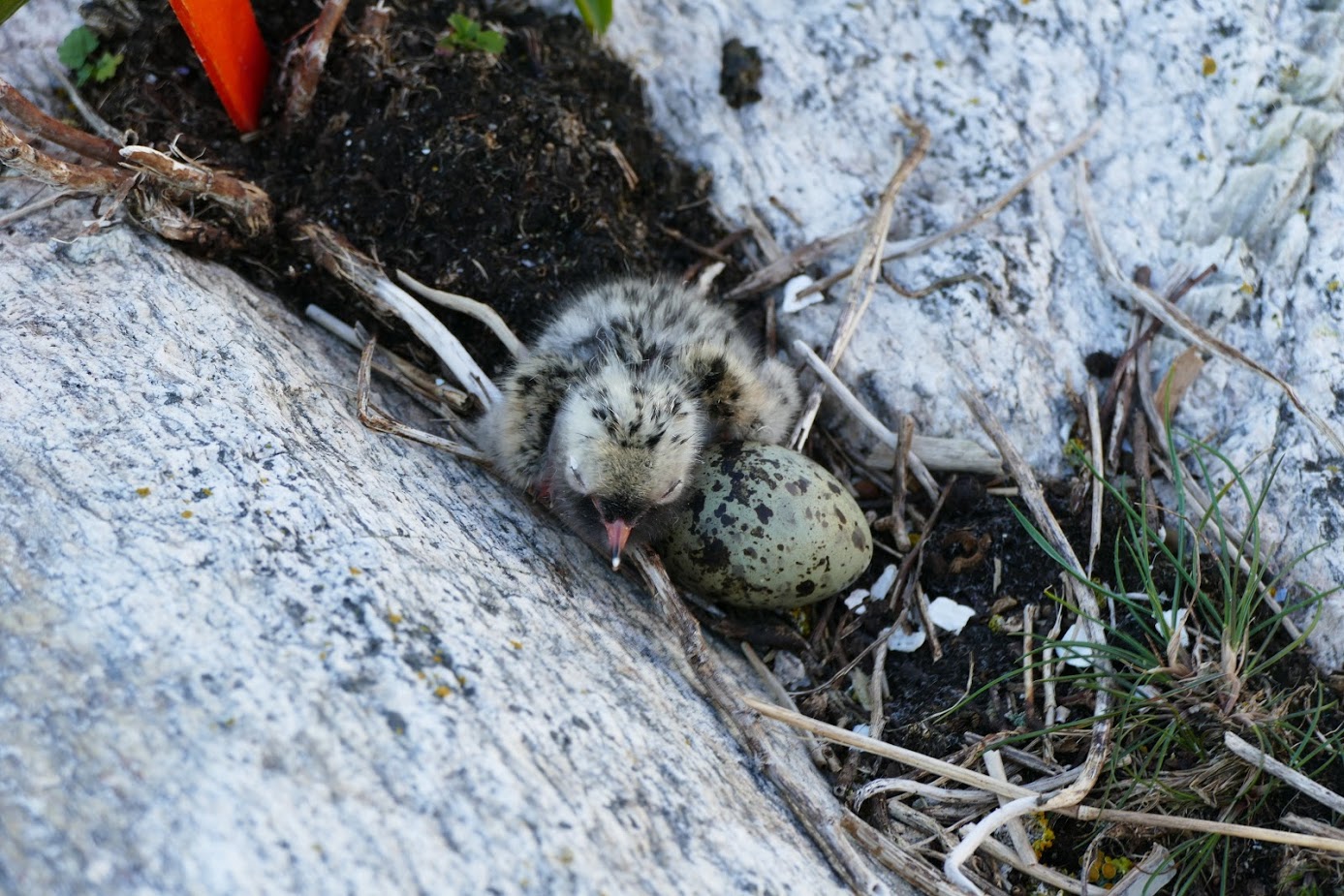 Any spare time we had was spent in bird blinds, performing counts.  Sitting in a bird blind on an island in the Atlantic is a unique experience.  There is a spotting scope set up in a tiny box (with a chair if lucky, a bucket if not).  You sit, perched on the edge of a rocky precipice, wind howling at your back, waves crashing below, all the while trying to read the 4 little characters on a skinny metal leg band through the scope.  Sometimes you get a perfect view, other times it’s just a glint of silver before the band disappears under feathers or the bird flies off.  At the end of the day you trudge back to the lighthouse with a sore neck, tingly feet, and cold cheeks, all for the sake of research.  I loved every minute of it. 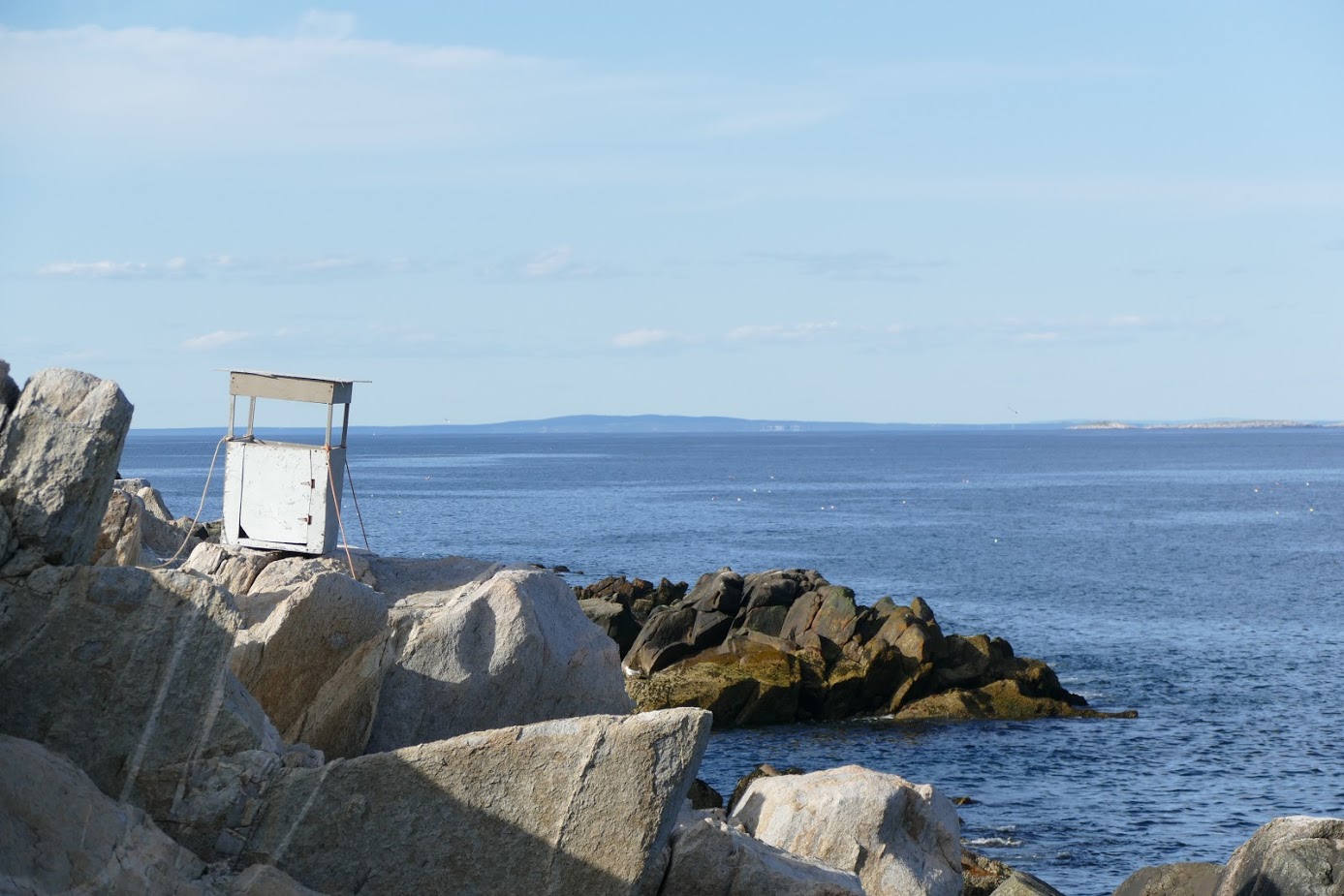 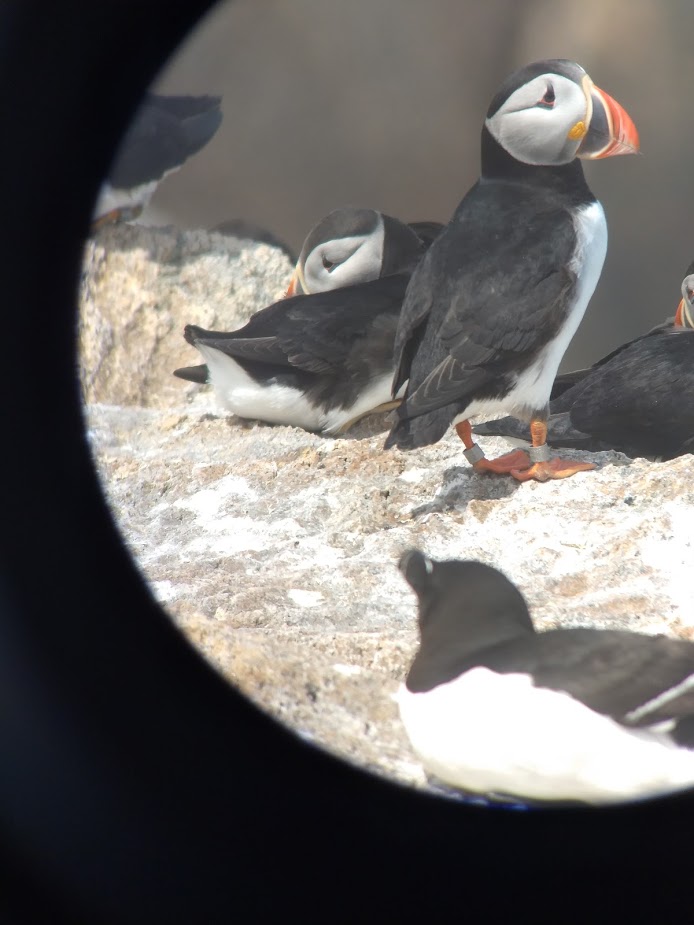 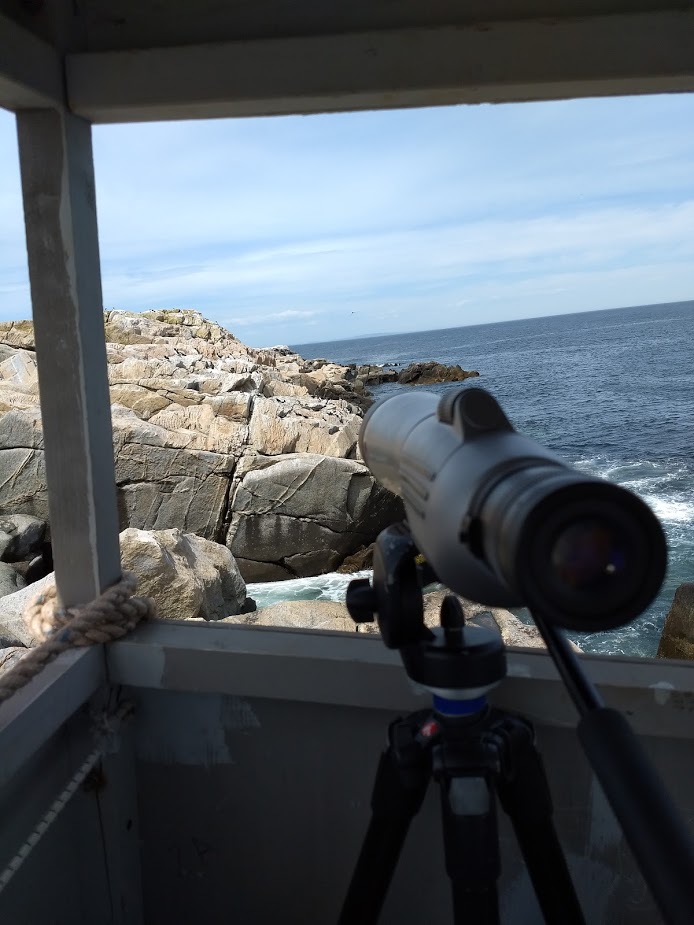 We also banded Leaches Storm Petrels, counted Common Eider nests, checked guillemot burrows, and performed daily counts of every bird on the island from the best vantage point – the lighthouse!  It was quite a view from up there!

It was an amazing and wonderful experience working with Project Puffin field researchers to help these amazing seabirds, and I am very thankful to Como Friends for making it possible.  It is important to understand and monitor these populations, not just for the colonies themselves, but also as an overall indicator of the health of our oceans.  By studying these populations we can see how they are changing, and try to be prepared for what changes might come as the climate shifts.  I am proud to have been part of a program that has worked so hard, not just for Puffins, but for many other species.  The seabird restoration techniques used and perfected by Project Puffin are being used worldwide in 14 different countries for 42 species.  I am proud that Como Zoo got to be a part of Project Puffin and contribute to this amazing project. – Zookeeper Melanie 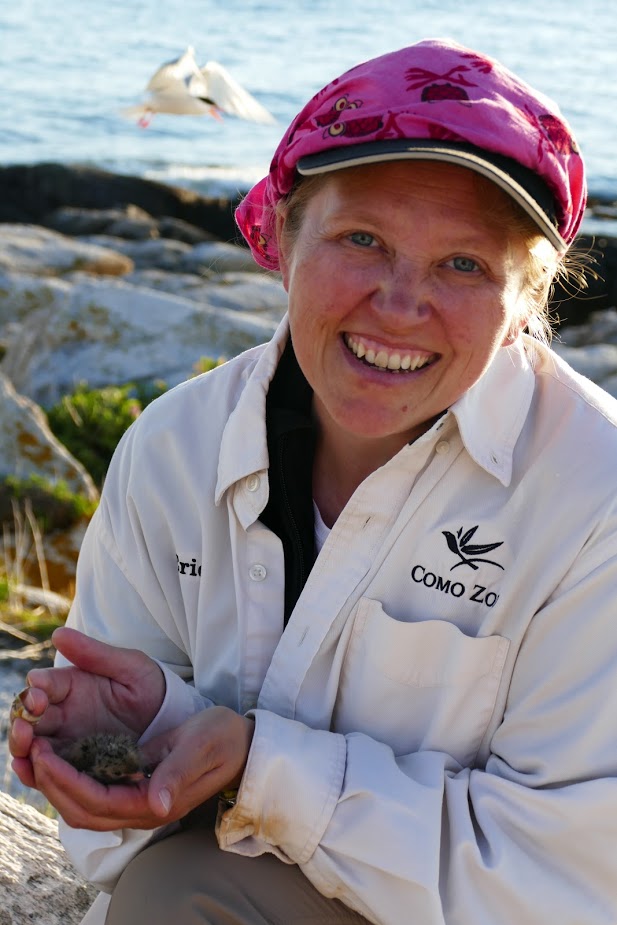 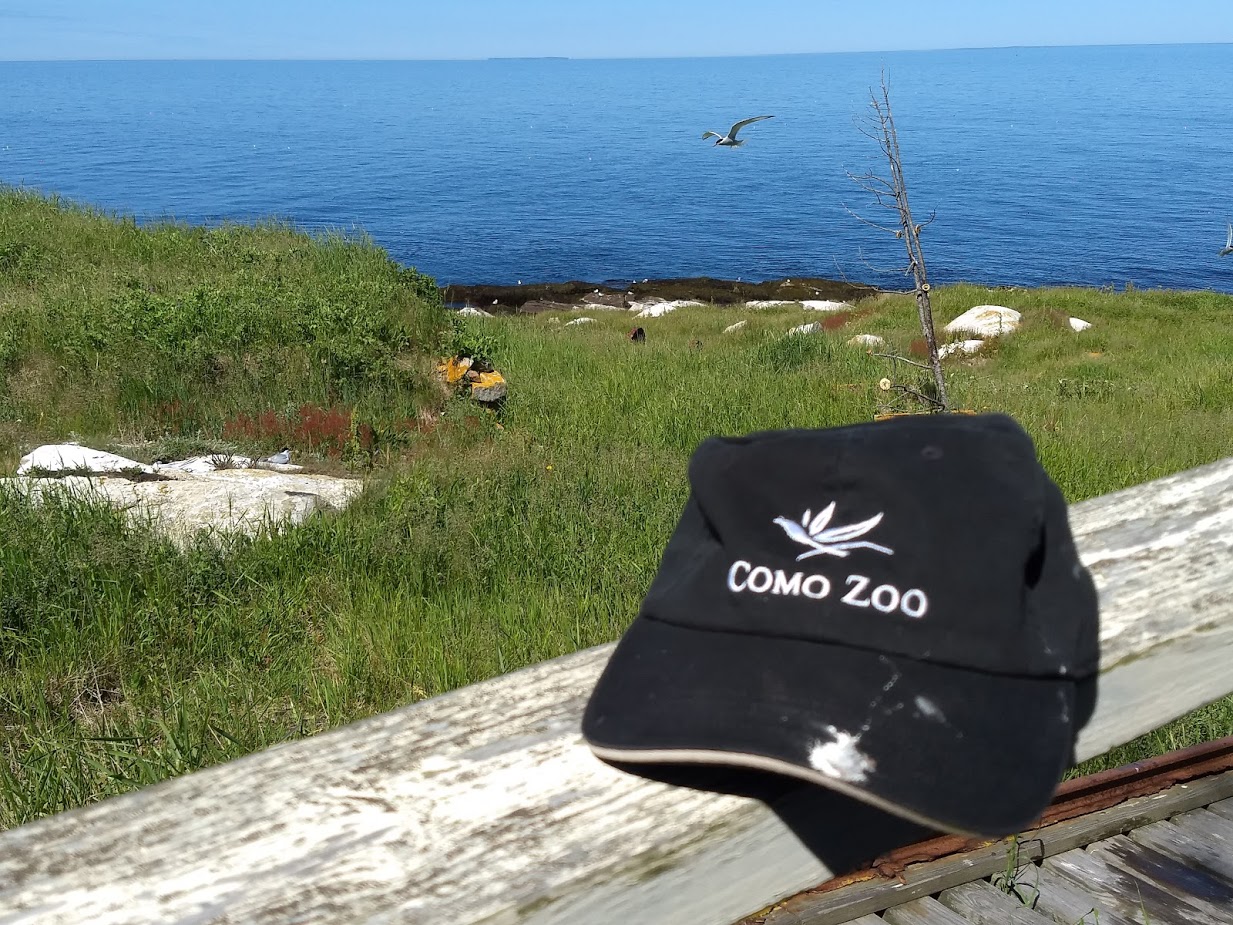