Kulu comes to Como with a new innovative tracking device from the “Burr on Fur” program that will help his wild cousins. 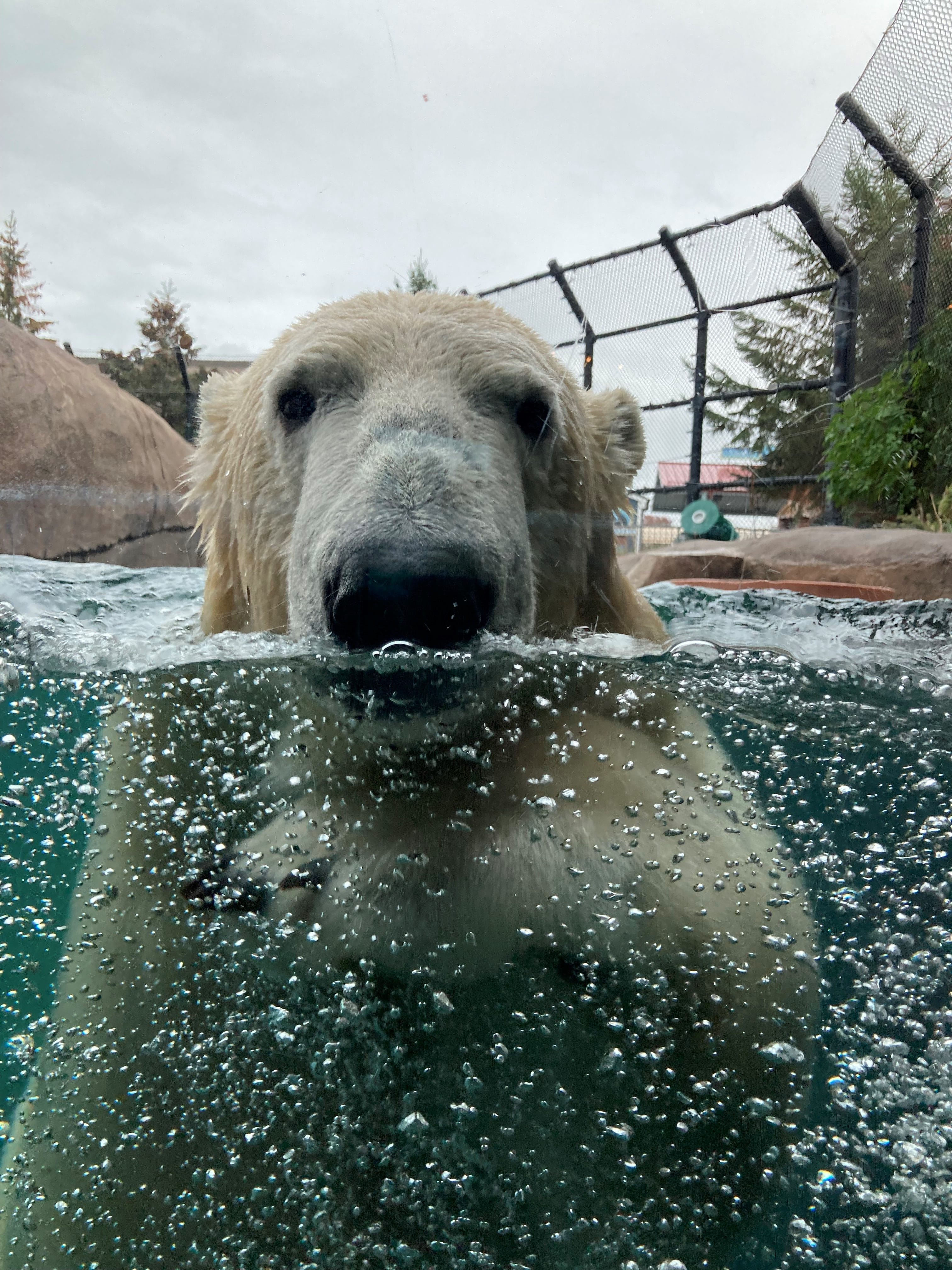 (Saint Paul, MN) Como Zoo welcomes its newest resident, Kulu, a 725 pound male polar bear. Kulu comes to Como from the Columbus Zoo and Aquarium where he gained a large following since his birth on Thanksgiving Day on November 28, 2019.

Visitors to Como now can see Kulu in the deep-water exhibit of the Polar Bear Odyssey habitat. While Kulu will be able to see, smell, and verbally interact with Como’s current resident polar bears Nan and Neil, they will be physically separated until Kulu completes a mandatory quarantine period.

This move for the 23-month-old Kulu is based on recommendations by the polar bear Species Survival Plan (SSP), the Association of Zoos and Aquariums’ (AZA) advisory group that uses a science-based approach in managing the population in North American Zoos.

Kulu also come to Como Zoo with a new innovative tracking device called the “tri-brush attachment”, just one of several prototypes in the “Burr on Fur” Program. Developed through a partnership with Polar Bears International and 3M, the “Burr on Fur” Program advanced prototype devices stick to a polar bear’s fur, providing a minimally invasive way of tracking wild polar bears.

What started as a tech challenge to invent a better way to track polar bears has moved out of the lab and onto the fur of Kulu. Kulu is testing out a new prototype tag created by 3M scientists, including White Bear, Minnesota resident and retired 3M research specialist Jon Kirschhoffer, through a voluntary Polar Bears International challenge. The pilot tags are non-permanent and combine currently available satellite transmitters with innovative ways to attach them. Kulu’s care team at the Columbus Zoo secured the tag to Kulu’s fur just before his move to Como Zoo.

“Traditionally, scientists have used satellite collars to follow polar bears, but the collars can only be placed on adult females,” said Geoff York, senior director of conservation at Polar Bears International. “Adult males can’t be collared because their necks are as wide as their heads, and young bears grow too quickly to be safely collared. As transmitters have become smaller researchers have tested GPS ear tags and implants. But ear tags must be permanently attached, and implants require minor surgery. The devices designed by 3M represent a major potential step forward—they could be used on all classes of polar bears and would allow us to obtain critical data with the least impact possible.”

Researchers study polar bears behavior in the Arctic to better understand movement patterns and habitat use while collecting other data. But scientists are always looking for ways to improve existing technology and make research less invasive. In this case, the challenge was to create a way to attach a tracking device to a polar bear’s fur.

3M researchers created four new prototype polar bear tracker tags that are now in a pilot phase. Two of the designs were tested on wild polar bears in Western Hudson Bay in the far north of Manitoba, Canada, in the fall of 2020. Polar Bears International worked with research teams to deploy an additional twelve tags in Southern Hudson Bay this Fall as well.

In addition, Polar Bears International is starting to test the tags on zoo bears, working with nine zoo and aquarium partners in their Arctic Ambassador Center network. Zoo bears serve as ambassadors for their wild cousins and enable scientists to conduct research that would not otherwise be possible. In the case of the tags, deploying them on zoo bears will enable researchers to closely monitor how they perform under various conditions–gaining critical information that they would be unable to obtain from wild bears. (For example: If a tag falls off, what caused it to fail? Swimming? Rolling over on the ground? Play-wrestling with another bear?)

“We’re beyond thrilled to welcome Kulu, and to be participating in this innovate project”, said Allison Jungheim, Como Senior Zookeeper and AZA North American Polar Bear SSP Coordinator. “Knowing the designer of the Burr on Fur tag lives so close to us makes it even more sensational.”

The prototypes range from mechanical solutions to adhesive solutions and some were a little bit of everything. Some of the concepts utilized existing 3M technologies and some ideas were completely new. All need to be able to withstand the usual: extreme cold, snow, saltwater, and some polar-bear specific actions: rolling in the snow, for example. The “burr on fur” approach allows the device to latch onto and “stick” to a polar bear’s fur. All prototypes are non-toxic, temporary and do not harm the bears.

“By working with our zoo partners we can fill key knowledge gaps in polar bear ecology,” said Marissa Krouse, programs manager for Polar Bears International. “This project is an excellent example of how zoos can help with polar bear conservation, in this case by helping to validate new technology that will assist researchers in studying wild bears. As the Arctic continues to warm and sea ice melts, creative and innovative advances in research methods and technology are critical to furthering conservation efforts—for polar bears and for wildlife around the globe.” 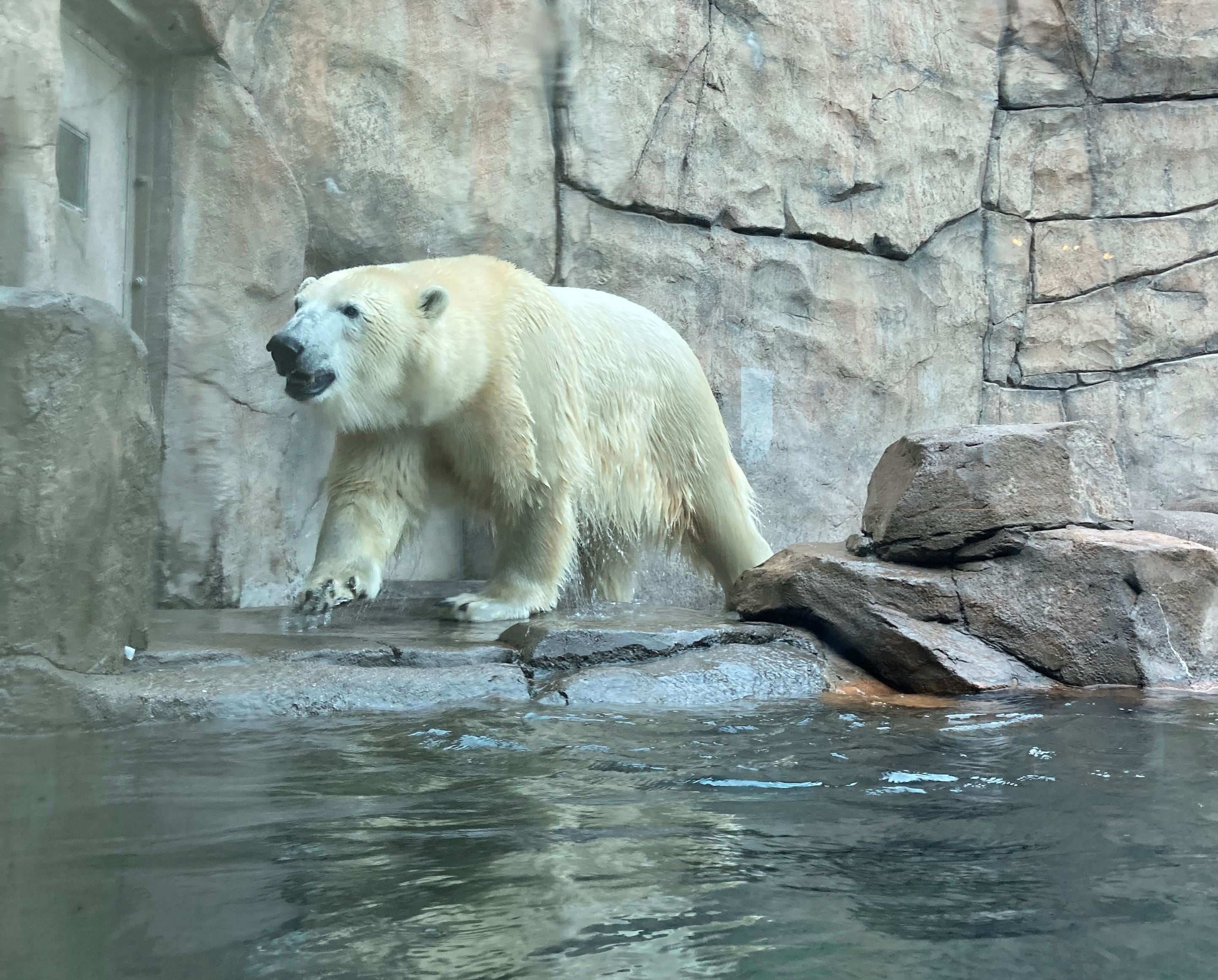