“Over the years, while working behind the scenes, the animals and I would often listen to Frank Sinatra” said Lee. “I’ve always suggested that a nice name for one of our beautiful creatures would be Francis, or Frances with an ‘e’ for a female.”

Pete Lee worked 27 years at Como Zoo. At his retirement party, as a nod to Pete’s longtime penchant for naming an animal Francis, all the guests wore either a Frances or a Francis name-tag. Pete loved to step out from behind the scenes to engage the public. With a quick wit, the ability to tell a great story, and a larger-than-life personality, Pete would educate and entertain guests of all ages. In his 27 years at Como, Pete had worked with just about every animal and in every corner of the Zoo. He worked with the primates, big cats, and for the last nine years the bison, kudu, zebras, and giraffes. When asked what he thought of the naming honor, Pete Lee simply stated “I’m over the moon”.

Frances was born August 24th, and made her public debut August 27th. She is the 6th calf born to Clover and the 19th giraffe birth at Como Zoo in the last 22 years. Frances weighed 135 pounds at birth and now stands over 6” tall. Como’s current herd of giraffes consists of Clover, Daisy, Skeeter (father), and Frances. 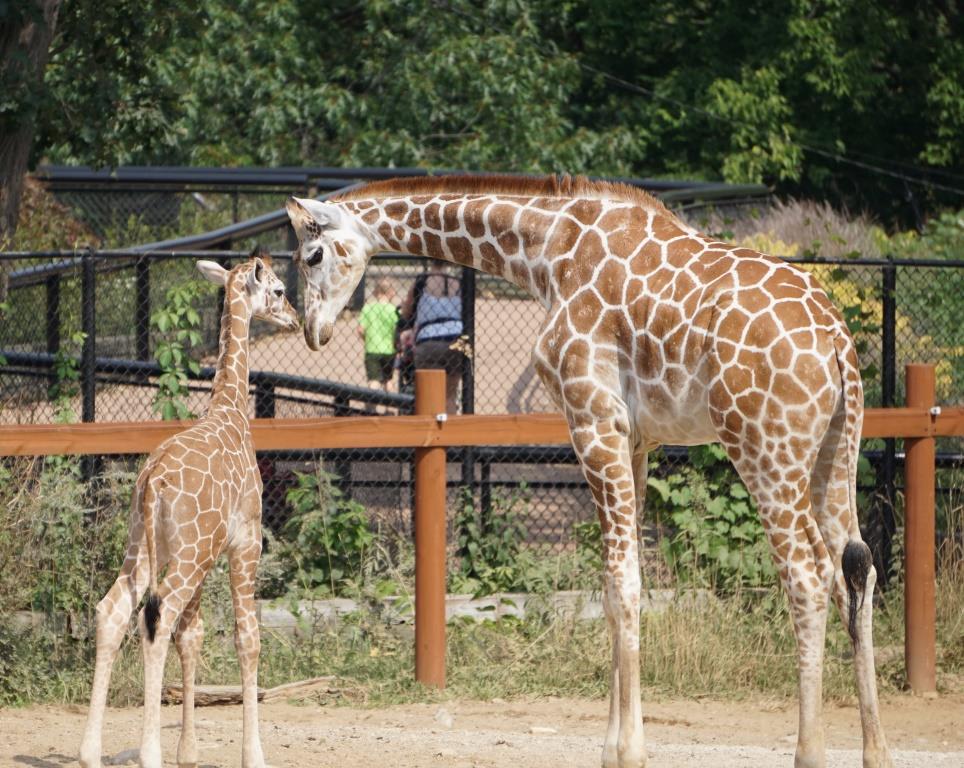