Great Year for our Edible Garden

Another season in the Chipotle Edible Garden has quickly come to an end. Gardeners completed their final harvest of the season in mid October. At the time, this is what the garden looked like: 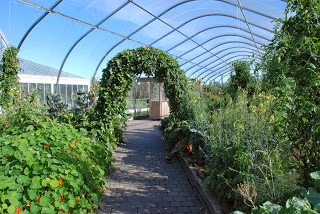 There have been a lot of changes since then. The Chipotle Edible Garden is mostly an annual garden. With the exception of one or two plants, everything is torn out at the end of each growing season. This is what the garden looks like now: 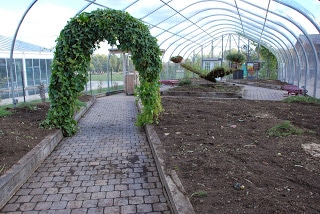 This season flew by. It seemed like just yesterday that gardeners Angie Senn, Heather Hauschildt, and Mindy Walter planted the garden. Check out how much everything grew over the summer! 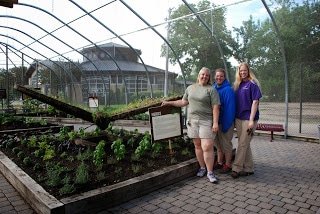 For those of you who didn’t have a chance to visit the garden this year, the Chipotle Edible garden is just what it sounds like – a garden you can eat. At least one part of each plant in the garden can be eaten. There were 120 varieties of plants in the garden during the 2013 season. As in previous years, the produce harvested was put to good use. A portion of the produce went directly to the animals in Como Zoo. These gorillas enjoyed munching on Dwarf Blue Curled Scotch Kale. 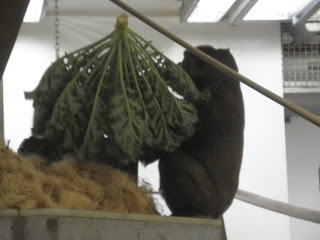 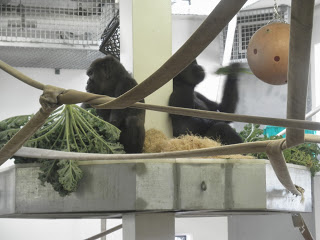 The remaining produce went to the City of Saint Paul Parks and Recreation Center to be used in a variety of programs educating residents about the benefits of eating fresh produce and how to cook each item. Here are members of the “Tween Club” and “Summer Blast” programs showing off their produce.

Como Park Zoo & Conservatory is happy to see the produce from the Chipotle Edible Garden being put to such great use and excited to continue this tradition for years to come.
Tweet
Share
Pin
Share
0 Shares
Previous Post: « A Breadfruit Tree for the North Garden
Next Post: Reindeer Cam Making National News! »