Como Zoo turned over the naming rights of its baby Emperor Tamarin to Facebook fans and the fans have responded. With the contest ending at noon (CDT) today, and with 45% of the votes, the name “Franklin” is now bestowed upon the little male Emperor Tamarin. The other names offered in the online contest were “Benjamin” with 35% of the votes and “Frederick” with a respectable 20% of the votes.

The baby Emperor Tamarin was born on March 31 to first-time parents Lara and Roger.

Emperor Tamarins have a gestation period of 140-145 days. Newborns usually weigh around 30-40 grams at birth. The father helps with the birth by receiving the young and cleansing them. Like most primates, infants are born with the ability to cling tightly to the body of an adult, specifically the father. The newborn will ride on the back of the father for about 6-7 weeks before gradually venturing farther out on their own.

Emperor Tamarins inhabit the the tropical forests and forest margins of the Amazon. They are found in Brazil, Peru, and Bolivia. Dense, lowland forests are their preferred habitat.

Emperor Tamarins wre named by a Swiss Zoologist who thought the tamarin’s mustaches made them look like the 19th century German Emperor Wilhem II. Although the name was at first a joke, it stuck, and the species was given the scientific name, Saguinus imperator.

The baby Emperor Tamarin is available for sponsorship. Sponsoring an animal is a unique way to help Como Zoo with its wildlife conservation efforts. Donations support enhanced habitats and efforts to maintain the best care possible for the animals at Como Zoo. 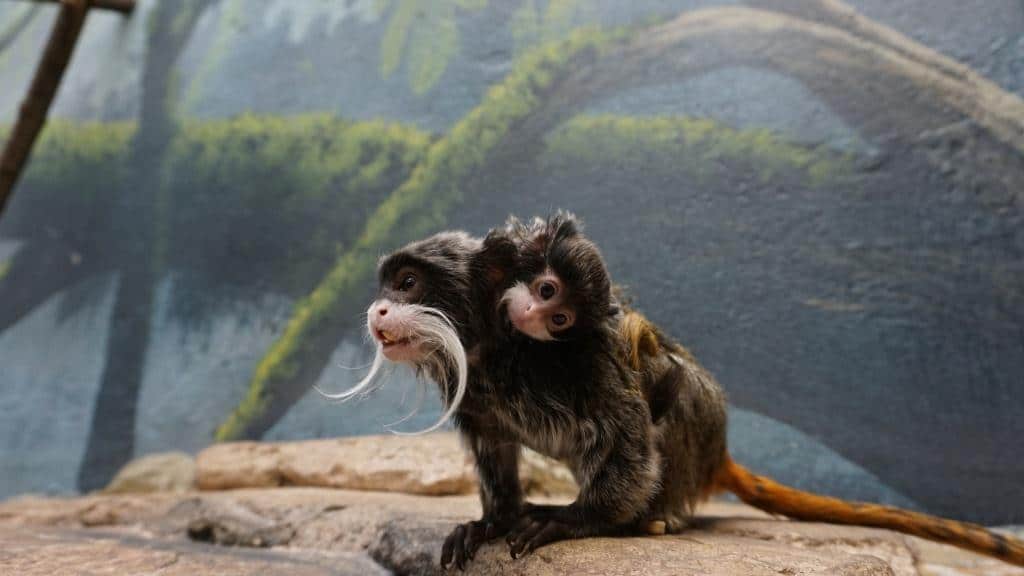