Como Zoo staff and the visitors celebrated “Chloe the Sloth,” the resident Hoffman’s Two Toed Sloth  12th Birthday on Sunday in Tropical Encounters. Zookeeper Bree gave a 15 minute sloth talk about conservation and fun facts  of these unique furry friends. Chloe’s half brother “Stephano,”  Como Zoo’s Education sloth, made an appearance as a party guest as well. The public got to interact by blowing into quiet party  favors in the midst of  bird singing in the exhibit to relate to how sloths may vocalize but are often unheard. Sloths use other adaptations, such as their large noses for sense of smell;  to find their friends or mate in the rain forest of Central and South America.

Chloe also received a tomato cupcake on her resident tree which was a hollowed out tomatoes with steamed butter nut squash , noodles, and a strawberry. Zookeepers also brought a “guest” who was a cardboard cut out of the now extinct rhino; to help visitors see that changes and help must be made to conserve and preserve many of the endangered and threatened species. The rhino was unable to be present due to it’s  now extinct representation .

Visitors then got to ask questions and interact with keeper staff. 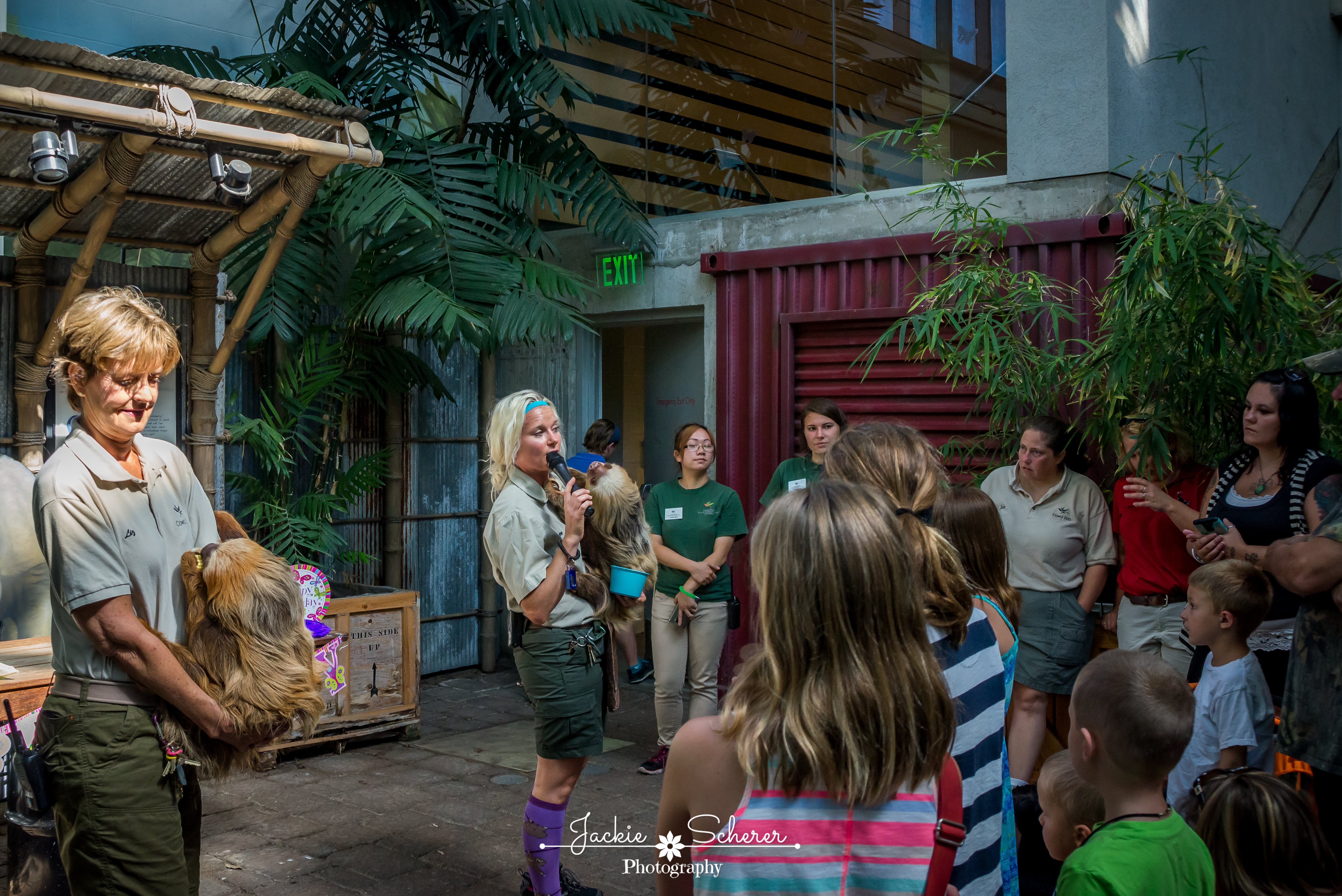 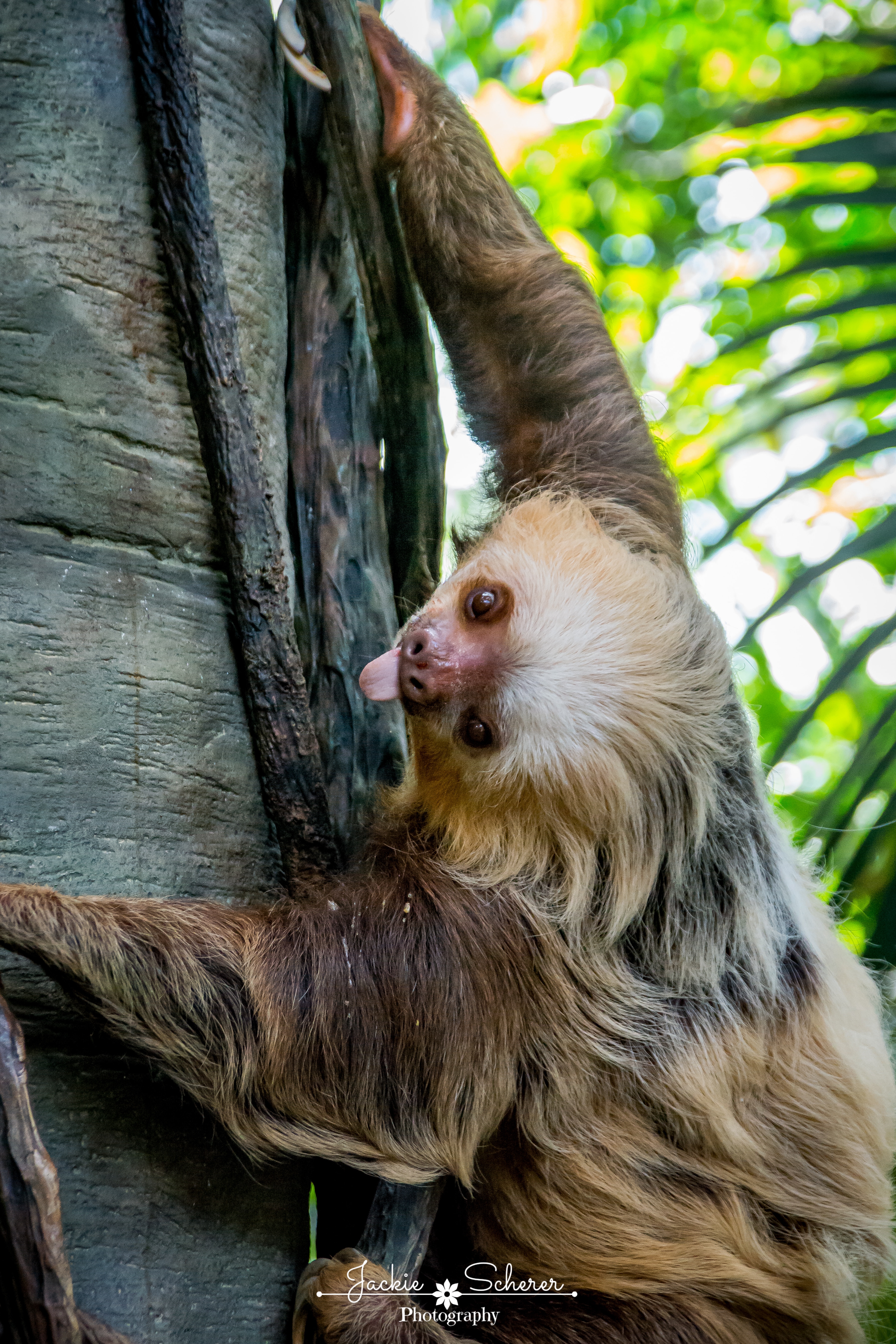