Meet Nimbus! Nimbus was welcomed into the world April 25 and is now prancing about in his home at Como Zoo. He is scampering around the exhibit he shares with his mother “Storm”, father Sylvester, two-year-old sister, Sunny, almost 3 year old sister Drizzle and Skywalker. The public got a peek and an opportunity to vote on his name as part of Como’s weekday “Como Live” series. The name Nimbus easily beat out Lightning and Cyclone.

Dall’s sheep are most notable for the males’ (known as rams) massive curled horns. Females (known as ewes) also carry horns, but theirs are shorter and more slender, and only slightly curved. Until rams reach the age of 3 years, they tend to resemble the ewes quite a bit. After that, continued horn growth makes the males easily recognizable. Horns grow steadily during spring, summer, and early fall. In late fall or winter, horn growth slows and eventually ceases. This start-and-stop growth results in a pattern of rings called annuli which are spaced along the length of the horn, and can help determine age. The typical gestation period for a Dall’s sheep is 175 days and yields one baby.

Learn how you can sponsor the baby HERE!

Como Live is funded by the Legacy Amendment. 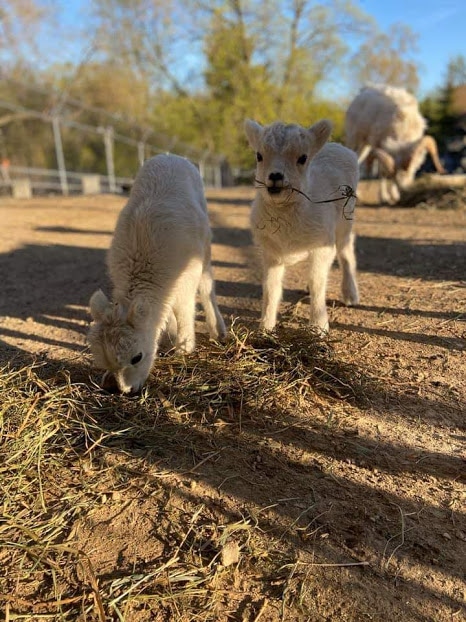