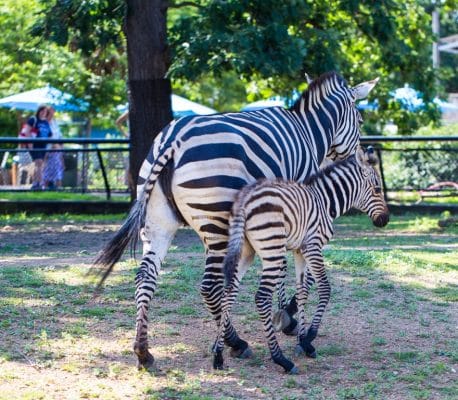 Como Zoo is happy to announce the birth of its second Grant’s zebra (Equus quagga boehmi) foal in less than two months, this one born to “Thelma.” Mom and the male baby are both doing well. The baby zebra was born sometime during the early morning hours of Friday, July 19. When the zookeepers arrived this morning, they discovered the foal up, walking strong, and closely shadowing his mother, Thelma. This is Thelma’s third offspring.

This is the second baby zebra born in the last 2 months at Como Zoo. The yet-to-be named male foal joins 2 month old Lydia, Lydia’s mother Minnie, and Ulysses, the father to both young offspring.

The birth wasn’t a surprise. Como Zoo is an accredited member of the Association of Zoos and Aquariums (AZA) and had received a breeding recommendation as part of the AZA’s Species Survival Plan (SSP) for zebras. “After Lydia was born, we knew it was just a matter of time before Thelma would have her baby too. She was getting pretty big” said Jo Kelly, Senior Zookeeper at Como Zoo. “There were no complications and mother and baby appear to be doing great”

Thelma, her baby foal, and the rest of the zeal of zebra can be seen by the public in the outdoor Zebra and Kudu exhibit daily from 10am-6pm.

The gestation period for zebras ranges from 10-12 months. A newborn zebra’s stripes will turn from brown to black sometime between the first 9-18 months of life. Como is home to Grant’s Zebras, which are commonly found in the grassy plains of eastern Africa including the countries of Kenya and Ethiopia.

Sponsor the Baby Zebra! Sponsoring an animal makes a great gift – that keeps giving back. Animal sponsorships are a unique way to help Como Park Zoo and Conservatory with its wildlife conservation efforts. They support enhanced habitats and efforts to maintain the best care possible for the animals, including the zebra, at Como Zoo. To purchase, visit Garden Safari Gifts at Como Park Zoo and Conservatory, call 651-487-8229 or go online to comofriends.org.

To keep tabs on the baby’s progress and the rest of our growing animal family at Como Zoo, be sure to follow @comozoo and @comofriends on Twitter. 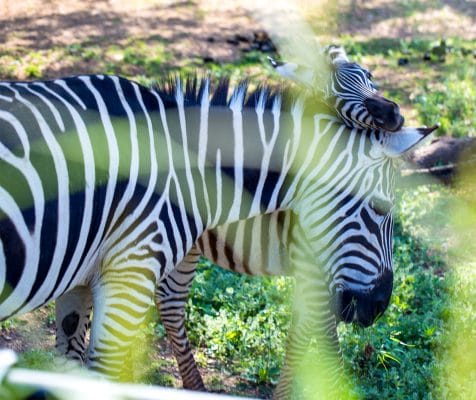 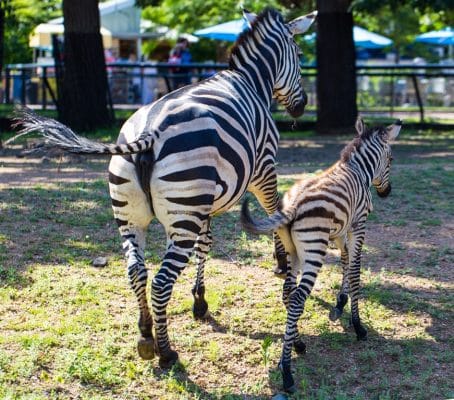 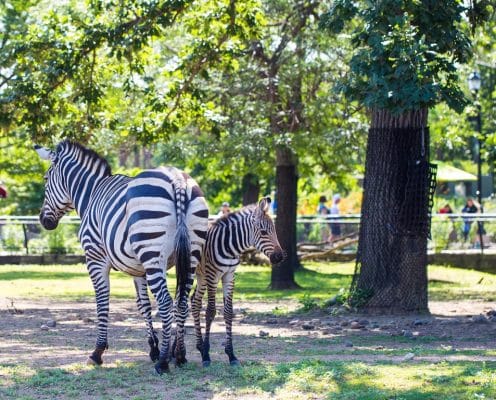